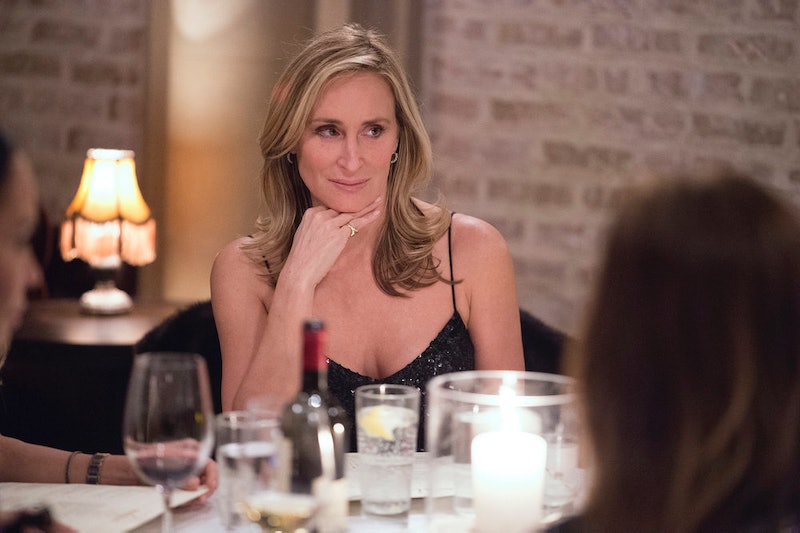 If anything can blow apart a friendship, it’s a bad business deal. Bethenny and Sonja aren’t even in business together, and things on Real Housewives Of New York are not going well for these two. It all started when Sonja opted to start another business for herself (as if any of them have gone well). It’s an alcohol business (Prosecco to be exact) called… Tipsy Girl. Needless to say, when Bethenny got wind of it, she wasn’t exactly pleased. And why should she be? Sonja and her business partners are piggybacking off the blood, sweat, and tears of Bethenny creating the Skinnygirl brand.

There are some who argue that there’s room enough in the world for two brands with the name “girl” in the title, but that’s not really the point, and Bethenny said as much. Bethenny has given Sonja endless business advice, helped her build her own brands, and Sonja basically took the same name in the same industry and played dumb about it. She said that her business partners came up with the name, but maybe? Who knows? Anyway, Bethenny confronted Sonja about it (she called Tipsy Girl a “cheater brand”), and Sonja played dumb through the whole thing, calling out her bankruptcy and that she was just trying to make money to send her daughter to school. Masterful deflection, Sonja.

Of course, with Sonja crying, it’s hard for Bethenny to keep haranguing her. Bethenny knows when to stop, at least, but Bethenny is not in the wrong here. Sonja should have thought a little harder about basically copying Bethenny’s business and thinking that Bethenny would be okay with it. It’s just not possible for Bethenny to see something wrong and stay quiet. Bethenny said she wasn’t sure that they could be friends after this, and you can’t blame her. I don’t know that I could either. Stick to toaster ovens, Sonja.