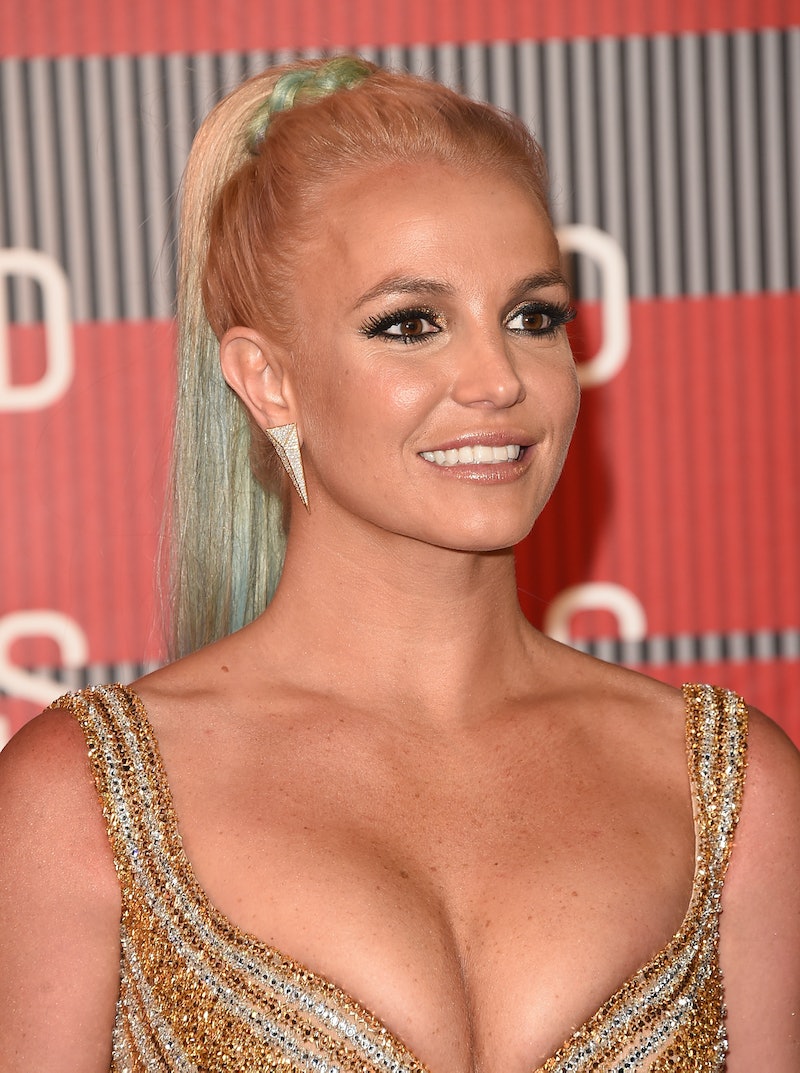 Nowadays, the new thing for celebrities to do is to come up with their own mobile games. You know which pop star now has one? Britney Spears, and it's called Britney Spears: American Dream. As much as I'd love to chat about the ins and outs of the game, there's a more pressing matter that needs to be discussed: The fact that Britney Spears' mobile game avatar looks like Erika Jayne. Yes, I'm talking about the Real Housewives of Beverly Hills star, who also goes by the name of Erika Girardi. Has anyone else noticed this? It's kind of crazy how similar the two are in appearance, and mainly because they both pull off a black jumpsuit flawlessly.

Upon seeing the 34-year-old singer's avatar for the first time, it was clear as day to me that she resembled Girardi. If I didn't know that it was Spears, I'd definitely would have thought the avatar was representing Girardi's mobile game. That's how much they look alike. Obviously, this now means that Girardi and Spears need to join forces in some capacity. You know, since they are both performers and seem to have the same style when it comes to costumes, they should put on a show together.

Even better, Girardi should just head on over to Las Vegas on her private jet and be part of Spears' Planet Hollywood show. Best. Idea. Ever.

Actually, Spears' avatar isn't the only thing she has in common with the Real Housewife. They are more alike than you may think.

Their Performance Costumes Are Loud

Do they have the same costume designers?

They Aren't Afraid To Be Goofy

They Don't Have Time For Nonsense

These two aren't afraid to tell it like it is.

They're All About Empowerment

It doesn't get better than girl power and confidence, does it?

As Girardi always says, "Everyone has a little bit of Erika Jayne in them." Clearly, Britney Spears does.