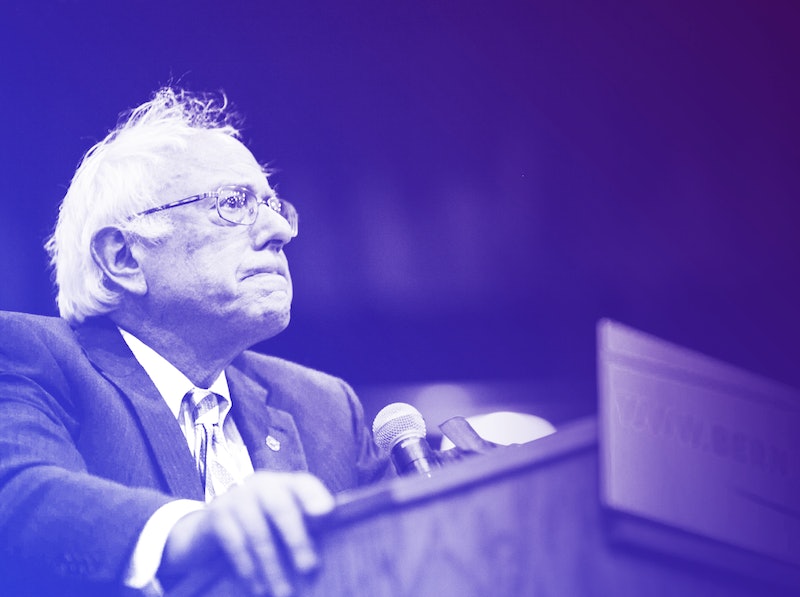 Over the weekend, some feelers of the Bern reportedly turned violent at the Nevada state Democratic convention. Multiple outlets reported that while some threw chairs, other frustrated Bernie Sanders fans chose to direct their rage at Nevada Democratic Chairwoman Roberta Lange, barraging her with threatening messages and posting her personal information online (a practice called “doxxing,” if you’re fortunate enough to be unfamiliar with it). The Sanders camp responded with what started as a condemnation of the actions, but almost immediately devolved into what seemed to me like a rather whiny indictment of The Establishment: "The Democratic Party is to be successful in November, it is imperative that all state parties treat our campaign supporters with fairness and the respect that they have earned ... Unfortunately, that was not the case at the Nevada convention. At that convention the Democratic leadership used its power to prevent a fair and transparent process from taking place."

After this less-than-stellar response to his supporters’ behavior, a new hashtag began surfacing on Twitter: #BernieLostme. Judging by the hashtags popularity, I wasn't the only one unimpressed. People on Twitter are using the events in Nevada as a jumping-off point for all the ways Sanders has disappointed them as his campaign has worn on.

There was a time — just a few months ago, really — when I actually liked Sanders quite a bit. Though not quite as firmly in the throes of the Bern as every other millennial I know, I really was pulling for him. But in the last few weeks, I’ve seen him turn nasty toward Clinton for unsubstantiated reasons, fail to respond adequately to the violence and sexism among his supporters, and display a really concerning level of ignorance about Wall Street — the bread and butter of his speeches. Bernie has been steadily losing me all spring.

Predictably, there persists a strong effort by the Sanders faithful to reclaim the hashtag.

But I don’t see a lot of acknowledgment of his recent failings anywhere in that mix. Rather, to me, it's just the usual vuvuzela of anti-Clinton memes and what looks more and more like blind support without much consideration of the facts.

I want to like Sanders again. I really do. I want to feel the idealism and optimism that he inspires in so many people, that he once inspired in me. But I just can’t bring myself to believe in it anymore. He isn’t giving me any reason to. Sanders will be in this race until at least June 7, the day of the final Democratic primary, but I can’t see how he won’t lose me for good before then. And based on these tweets, I have a feeling I'm not alone.