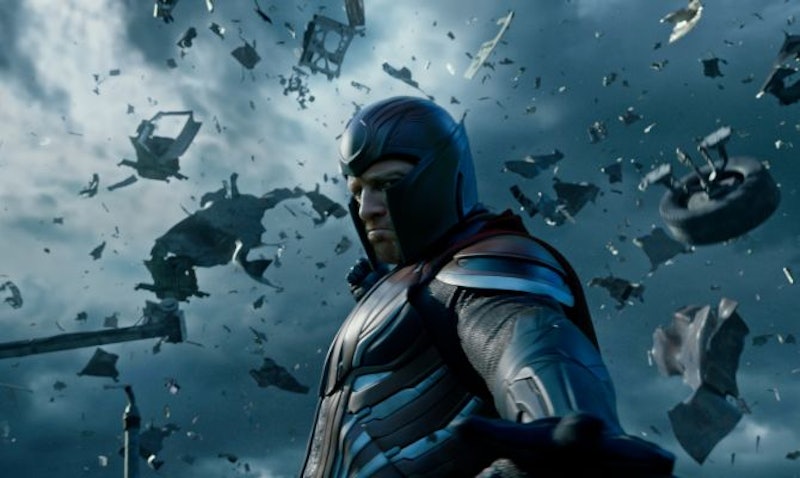 The X-Men face their most-powerful foe yet in their newest film, X-Men: Apocalypse, as the titular villain is basically a god. The world's first mutant born thousands of years ago, Apocalypse is essentially immortal and immensely powerful. Not only that, but he wants to conquer the world by destroying everyone he deems weak (spoiler: that's pretty much everyone on the planet). So facing such odds, it seems like not every member of the X-Men will survive the film, which confuses some fans since the movie takes place in the 1980s. So is X-Men: Apocalypse a prequel, or a sequel?

Actually, it's both. The X-Men franchise began back in 2000 with X-Men. That film spawned two proper sequels in X-2 and X-Men: The Last Stand, as well as the prequel spin-off, X-Men Origins: Wolverine. Then, in 2011, the franchise underwent a reboot of sorts with X-Men: First Class. That film, which takes place in 1962, shows the first meeting of Professor X and Magneto and the subsequent forming of the X-Men. However, since it acts as a prequel to the original trilogy, the film is not a full reboot of the franchise, and attempts to keep some semblance of continuity with the original movies.

Next came X-Men: Days of Future Past, which is where things get tricky. That movie starts out sometime in the future after the events of The Last Stand, while at the same time ignoring some of the consequential events of that film (Professor X dying, most notably). The X-Men are facing an extinction-level event at the hands of the Sentinels, so they send Wolverine back to when the robots where first built in 1973 in order to prevent them from ever existing. After succeeding, Wolverine returns to the present to find that other deaths that occurred in The Last Stand (Cyclops, Jean Grey) have now also been reversed. Whether this means that only the events of that film never happened, or that the events of the entire original trilogy never happened, is never made clear.

That brings me to Apocalypse. The film acts as a sequel to the '70s events of Days of Future Past since it takes place ten years later in 1983, following the characters of Magneto, Professor X, Mystique, Beast, and Quicksilver from that film. But the movie also acts as a prequel to the original trilogy (assuming the events of those films still exist in the restructured timeline) since it takes place at least 17 years prior to the original X-Men. Also, X-Men: Apocalypse introduces young versions of the characters Cyclops, Jean Grey, and Storm — the three characters who make up the X-Men at the start of the 2000 film — which lends more proof that this film is indeed a prequel to the original trilogy of X-Men movies.