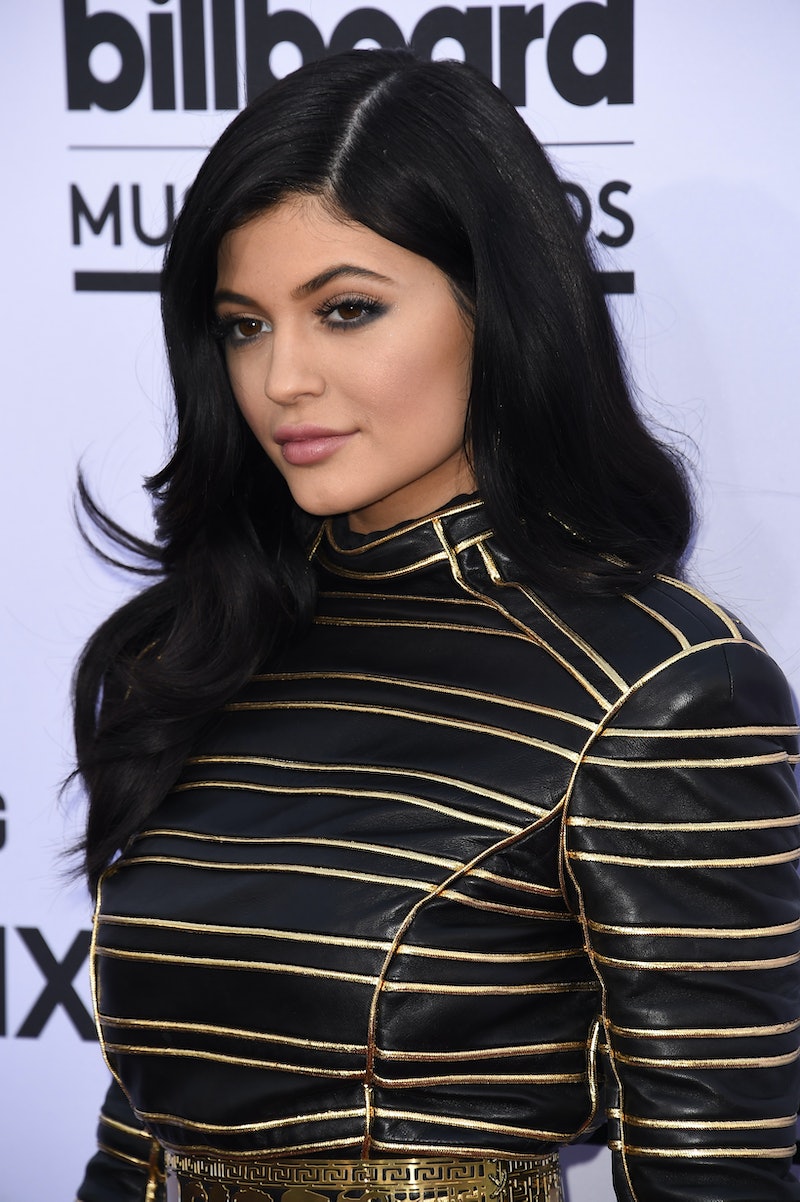 The Kardashians didn't invent the red carpet, but it sure seems like it was made for them. Whenever there's a major entertainment event and I'm wondering if one of the family members will be in attendance, I'm inclined to say, "yes." After all, if you're a master at rocking it on the red carpet, why would you miss such a great opportunity? That said, I'm sure a few of you are questioning whether or not Kylie Jenner is going to the 2016 Billboard Music Awards on Sunday. Because, while Kardashians (and Jenners) don't typically skip out on statement-making moments, there are those times where they surprise us and don't attend when we think they will.

And if there were any event I'd expect Jenner to skip, it'd probably be this one and for good reason. If you remember correctly, in 2015 Jenner and older sis Kendall Jenner were booed at the Billboard Music Awards when they went up to the stage to present. Who could blame her if she didn't want to face that type of public scrutiny for a second time? The mere fact that the audience showed the sisters that kind of disrespect is enough for me to almost hope that she doesn't go this time around.

If you're so inclined, you can check out the cringeworthy video of her last Billboard Music Awards appearance, below:

After viewing that, I think we can all agree that just experiencing that secondhand was rough. It even looks as though Jenner was distracted by the vehement heckling during her speech. If I was her, I wouldn't put myself through that again.

Of course, the Kardashians and Jenners have proven time and again that they are resilient in the face of naysayers and haters, so perhaps the thick-skinned teen will show and stick it to all those who booed her and her sibling.

The only thing that has me still hesitant over her appearance, even if she does want to show haters who's boss, is that there is little evidence to prove that she has any intention of going. She hasn't mentioned an impending appearance at the show on social media and neither has the press.

Could the reality star show up? It's definitely possible. It just seems very unlikely.