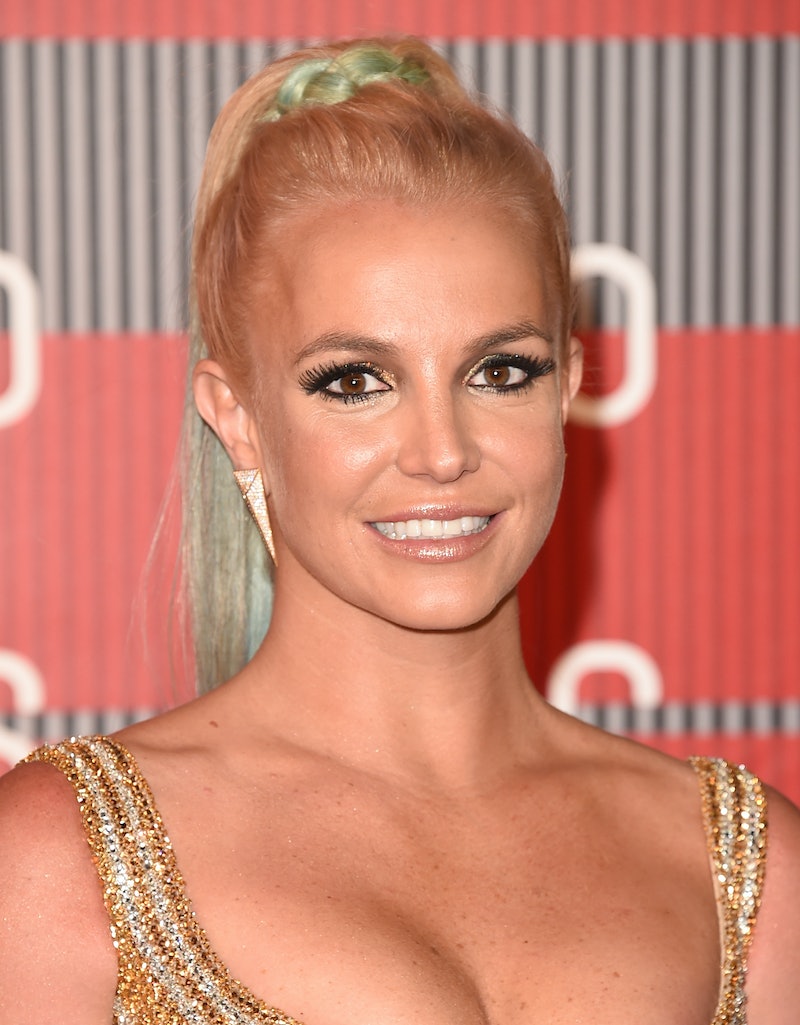 If you're as big of a Britney Spears fan as I am, then there's a good chance you're obsessing over all things Spears right now. From her seriously successful Las Vegas residency, to her highly anticipated new music (wherefore art thou, #B9?), and her exciting upcoming performance at the 2016 Billboard Music Awards, it seems like these days, everything's coming up Britney... and I couldn't be more excited. In between all of the musical stuff she's got going on, Spears also found time to release a mobile game... so, with such a busy schedule, does Britney Spears have time for dating in her life?

If you're a longtime Spears fan, you know all too well the highs and lows she's experienced in the love department, and fans can't help but root for their girl to find her true happiness. After all, she's a mom to two beautiful boys, and she seems to be in a very happy place, career-wise and otherwise. Spears has always seemed to be a hopeless romantic, telling People in 2015 that she still "believes in the fairy tale" despite her many ups and downs. So is she dating anyone right now? The answer is actually pretty clear, according to her Instagram account.

On Valentine's Day, Spears posted this hilarious 'gram insinuating that she was celebrating the holiday solo. But Valentine's Day was quite some time ago, so is there the possibility that the singer has found herself a hot summer romance? She was recently spotted with ex-husband Kevin Federline, but it seems unlikely the two are up to anything more than just spending time with their kids together.

That could still mean that Spears does have a new man in her life... except for this very recent Instagram post with one of her besties:

Spears captioned the cute snap with a quote from Sex and the City author Candace Bushnell, so it seems like she is having fun with her friends and not too worried about finding love these days. Based on how many exciting things she's got going on right now, it makes perfect sense. Now the bigger question is: When is that album coming out? I simply can't stand the wait.