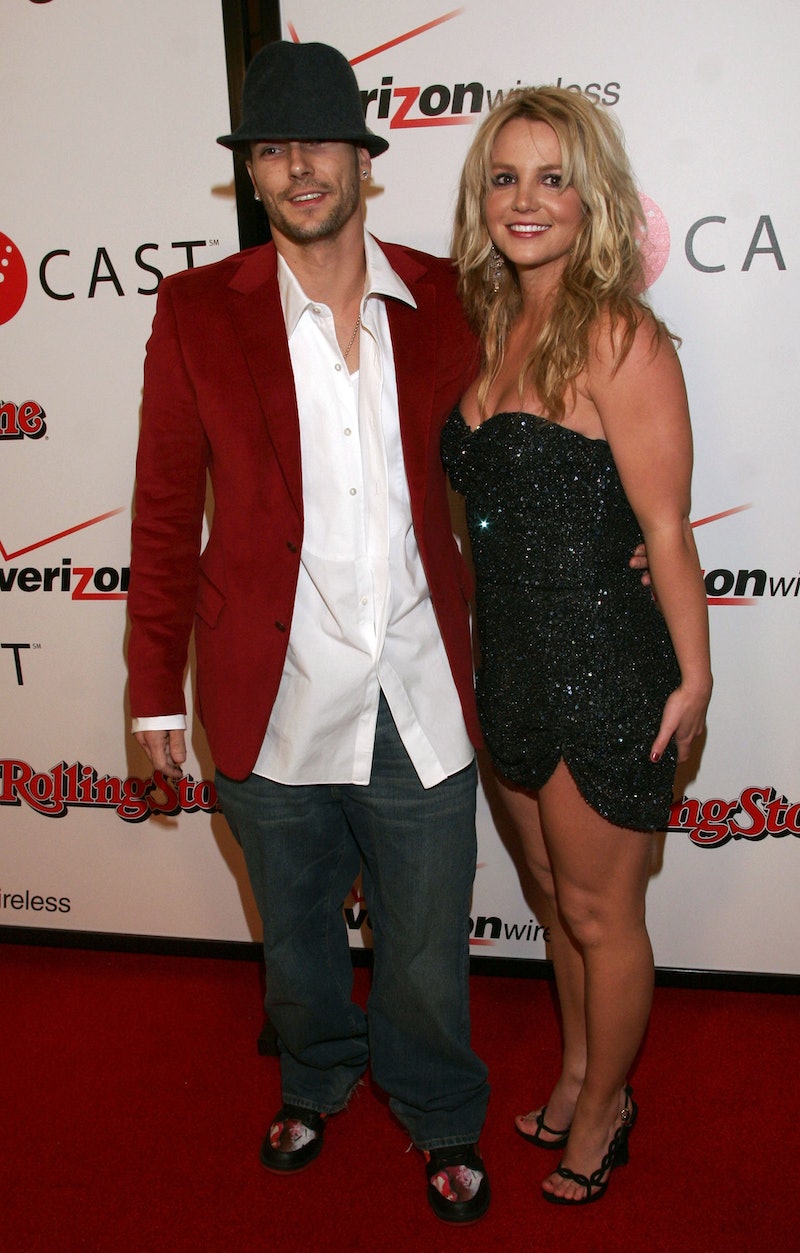 Thinking back on former celeb couples, Britney Spears and Kevin Federline's relationship could be summed up in one word: chaotic. Coincidentally, that was the name of the short-lived reality series about their marriage. Not only was the show brief, but so was their union. In 2007, the couple got divorced. But during their time together, they had two sons, Sean Preston and Jayden James. Over the weekend, Spears and Federline reunited for their sons' football game and there's no better reason to get together.

To be honest, I didn't expect to see these two hanging out again, but as the photos show, they're totally cordial. It's actually awesome that they can at least stay in one another's lives in some capacity, especially for the sake of Sean and Jayden. This shows what great parents they really are — plus that they take time to watch their games.

Then again, I've never questioned Brit-Brit's parenting skills, since her Instagram proves she's constantly putting her kids first and being supportive. Just last week, she posted a photo of her son's drawings. This is like the modern day equivalent of hanging his artwork on the refrigerator — except it's the Internet and the whole world can see. Is there any better way to brag about your children?

When looking at the photos above, it suddenly feels like the mid-2000s all over again. Of course, I wouldn't root for them to get back together — their relationship just didn't work out. But that doesn't mean it doesn't cause a huge wave of nostalgia. Still, let's not cloud their sweet family moment with relationship rumors.

Back in 2015, Federline spoke highly of his ex-wife. He told Access Hollywood, "We have two beautiful children. The way that everything has turned out, everybody is happy. Co-parenting is going great and I can't complain." His comments about Spears are far better than what K-Fed said about Beyoncé. (Actually, let's not even get into that.) Let's focus on the positives here: B. Spears and K-Fed, hanging out like the good old days.

Instead of recalling any rocky aspects of Spears and Federline's past relationship, it's better to admire how far they've come. They're no longer those young lovebirds, filming their relationship for the world to see. Honestly, if you told me in 2006 that they'd be spending a weekend at a kids' football game, I would've never believed it. And yet, here we are.