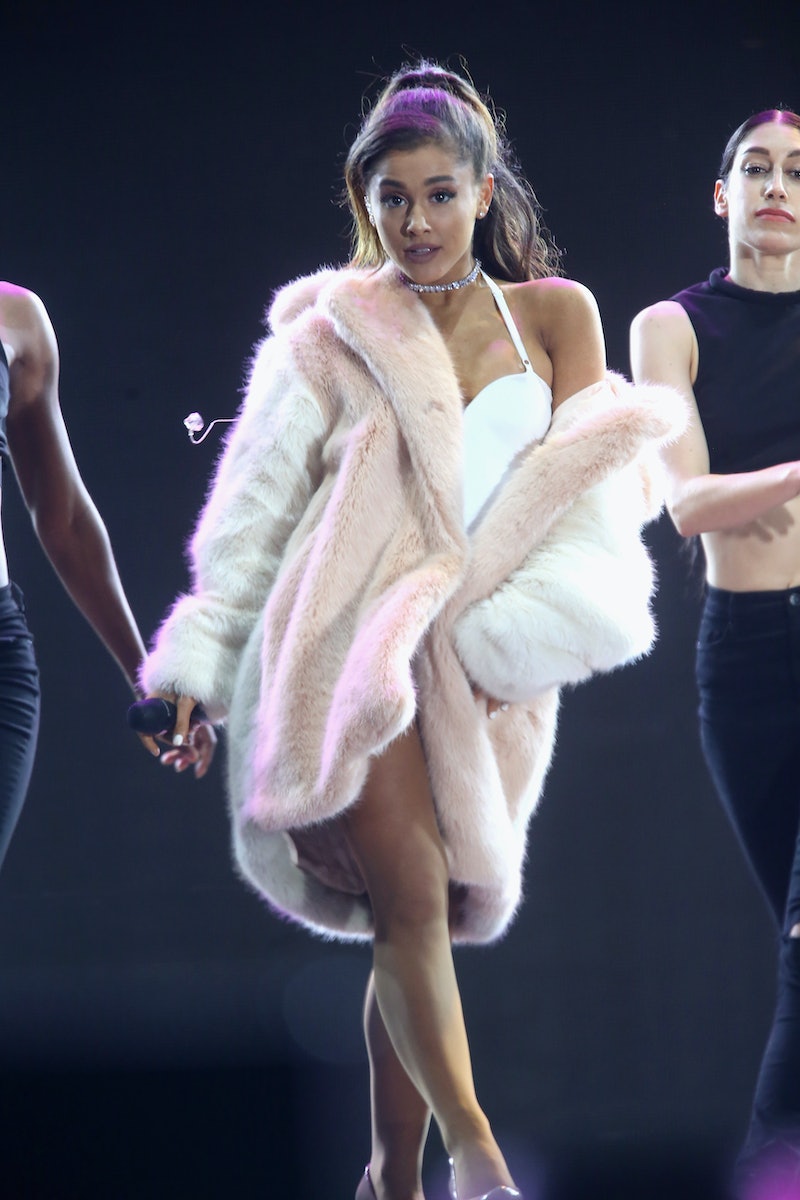 As far as pop albums go, Ariana Grande's new album Dangerous Woman is about as experimental and daring as they come. With Grande's truly astonishing vocal range being flexed throughout the album, you'd expect that the singer would be happy to simply let her vocals prop up the majority of the sound, but she actually uses her vocals in truly inventive and startling ways. Dangerous Woman, as the title may suggest, is packed full of menace, brooding, vulnerability and aggressive sexuality, with Grande dishing out breathy, delicate and seductive vocals alongside big, powerful and strident statements. With this album, she appears to be defining herself as the femme fatale of pop music, owning her good girl gone bad persona, and solidifying it with tunes which can soundtrack her exploits.

Featuring collaborations from artists like Nicki Minaj, Future, Lil Wayne, and even the deeply under-appreciated Macy Gray, Dangerous Woman manages to blend a number of sounds and genres seamlessly within it's 15 tracks. Whilst the album appears to pay homage to a variety of '90s music, the appearance of several blissfully dramatic orchestral overtures seem to only add to the experience that Grande has appeared to have cast herself within a musical film-noir of her own creation. It's pretty perfect. Whilst not every song out of the 15 on Dangerous Woman are as exciting as they could be, the majority of them hit the mark and add surprising quirks and turns along the way. Here are all 15 of those songs, ranked from "No Way" to "Grande":

Oh boy, "Sometimes" isn't a terrible track as it's saved from being a little boring by a surprising minimalist breakdown at the two minute point, but that acoustic guitar riff? It doesn't work. Grande is bigger and better than it.

Those '90s throwback feels are big on this song which is catchy, but also falls a little flat. If the rest of the album wasn't so amazing then this would probably be a good song, but in comparison, it feels lacking.

Tonally, this one is an odd fit amongst a set of songs which strive for daring, danger, and deliciousness, but Grande's exquisite vocal range and dreamy chorus make it sound something like a angelic dream sequence straight out of Twin Peaks.

So laid back that the groove almost threatens to drift off into a sleepy ambience (but never actually does), this Minaj-Grande hook up of a song sounds a little like the two of them had so much fun hanging out in the studio together that they neglected to go big with the music they were creating. Still, it's total summer and will sound great with a cocktail. Also, Minaj absolutely nails her part.

What is this witchcraft? Gorgeously dramatic with a cinematic sense of drama, this song (which opens the album) is wistful and stunning with an ending which builds into a jaw dropping finale.

The perfect blend of ultra femininity meeting ultra masculinity, Future and Grande manage to create the perfect balance with their voices to create an unsettling atmosphere alongside a grinding melody with glorious quirks.

Another dramatic orchestral opening sets the tone for a perfect R&B love ballad with a twist: this is a love song that Grande is delivering to herself. With lines like "If I can't be me then what's the point?" and the more literal "I love me," you can't help but respect the hell out of her.

Beginning as a straight up ballad before spiraling into an anthem of a somewhat toxic sounding seduction, "Touch It" is genuinely surprising. Stand-out moment? When Grande asks, "So why don't we fall in love?" and that final word gets stretched out and held into a sublime, dramatic harmony.

A Pandora's box of pop oddity, there's definite cadences of electro-pop goddess Grimes to be found on this dreamy and startling slice of pop euphoria.

Grande manages to make a general throwback vibe to '90s house anthems sound fresh with strikingly bold statement vocals which perfectly frame lyrics which explore the fun which can sometimes be found in making mistakes. The line "Ain't you never seen a princess be a bad b*tch?" was made to be scrawled in glitter across a t-shirt (and I want one right now).

A dynamite subversion on a traditional ballad, "Let Me Love You" features a chorus which splits the word "love" into a stuttering, distorted pulse, hitting so perfectly yet so unexpectedly. Weezy's appearance is also stellar, providing a swaggering set of rhymes which are cocky yet lovable.

This is unapologetic pure pop with definite "I Wanna Dance With Somebody" era Whitney Houston vibes happening. Big, bold and cute as hell, "Greedy" manages to be adorable yet dominant.

Gray's smoky, husky vocals are the perfect addition to this brooding menace of a song which is dripping with danger and of hushed secrets whispered in a smoky bar.

This is pop at it's finest and darkest, full of surprises and the most sublime vocals that it makes your toes curl. And that chorus? Amazing. That Final Breakdown? Even better. I had to listen to it on repeat and you know what? It got better every time.

Naturally, the best song album is the one which gave it it's name. This forthright tune is delicate yet strong, seductive yet teasing, thrilling yet nuanced; it's everything that the album is when you listen to as a complete story rather than as individual songs. "Dangerous Woman" is an anthem for the modern femme fatale, completed by a sauntering, killer guitar solo which is explicit for it's prowess.

I don't want to get too ahead of myself, but I'm calling this one right now: Dangerous Woman could well be the dark, sultry album of the Summer to perfectly soundtrack any ambitions you may hold to be a femme fatale of your very own making at the beach this year. Turn it up and strut it out, ladies: Be dangerous.