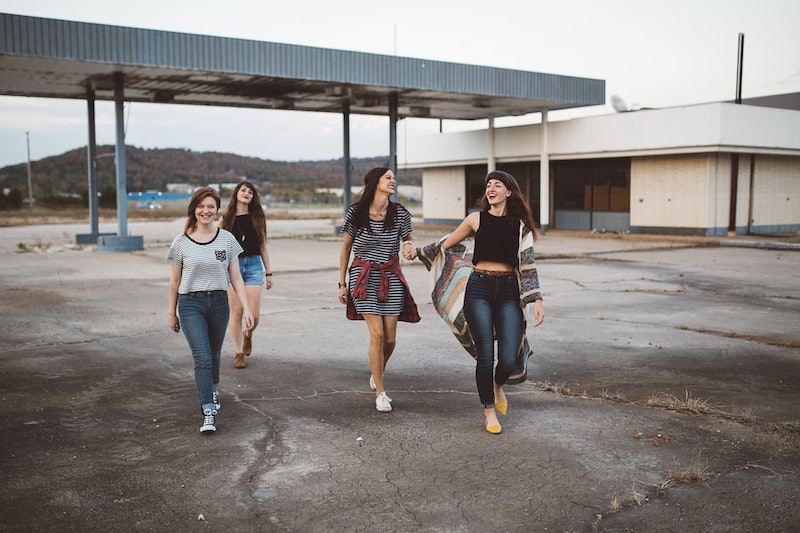 Want to be more likable next time you are having a conversation? It is actually quite easy to accomplish. I’ve rounded up some conversation tips that will make you more likable that are sure to help you out in this area. As you will see in this article, much of this talent in becoming likable lies in how positive you make the interaction for the other person. This means ensuring they feel as though you care about who they are and value their opinions.

If you’ve ever had a conversation with someone and walked away feeling as though you immediately liked them, it probably had something to do with the way they managed the conversation. Likely, they made the conversation heavily about you, and you felt as though they honestly cared about what you were telling them throughout the conversation. This may have been conveyed through simple means like actually remembering your name (that takes talent!), or through more complex means like asking you appropriate and relevant follow up questions to the topics you brought up with them. Regardless, you leave with a feeling like you want to be around this person all the time. The great news is you can have this very same effect on people with just a little push in the right direction. By practicing some of the conversation tips we’ll highlight below, you’re likability may just skyrocket — so get ready to impress everyone around you. Here are 13 surprising conversation tips that will make you more likable.

Check Out: The Charisma Myth: How Anyone Can Master the Art and Science of Personal Magnetism , $9, Amazon

1. Start It Off With A Compliment

Who doesn’t love a compliment? For that reason, it’s always a good idea to start off a conversation with one of those little gems, according to Success.com. The outlet cited compliments as a great opening line for a conversation, as they not only make the person feel good, they prop the door open for other discussions. Just be sure you’re saying something sincere.

Ugh, this is a hard one, I know. Why is it that we as humans have such a difficult time remembering the names of the new people we meet? It’s something I’ve definitely always struggled with.

According to POPSUGAR, you can be instantly more likable to those you’re meeting if you remember their name, and then throw it into conversation — as it serves as another tactic of making that person feel good. Entrepreneur said remembering someone’s name also shows them that you perceived the interaction to be important. That said an easy trick to remembering a new person’s name is to repeat it immediately after they introduce themselves, like, “Hi, John. It’s very nice to meet you.” Then, try to repeat it again before you part ways, according to Entrepreneur.

3. Put That Phone Away

You’re talking to someone and all of a sudden they whip out their phone, seemingly zoning you out. It feels rude, right? With that in mind, it’s always in good favor to put your phone away when having a conversation with someone, particularly someone you’re just meeting. Forbes suggested committing to the conversation fully in order to have the most enjoyable one possible — and to ensure the other person thinks you’re highly likable.

Did you know simply holding eye contact can connect you with someone you’ve just met. A study discussed in Scientific American showed people who hold eye contact have increased positive feelings towards one another. The longer the eye contact, the better, too. (Of note, this is especially true if you’re trying to woo a potential love interest.) If you’re speaking to someone and notice your gaze starts to drift, bring it right back to their eyes — it can make you a whole lot more likable.

Many, many people enjoy talking about themselves excessively, so it can be really easy to fall into this habit when you’re starting a conversation with someone new. You might want to bring up all sorts of stories about you, your job, your family, your friends, etc., but — if you want to be super likable — hold off. Success.com suggested keeping the focus on the other person in the conversation instead in order to achieve that high level of likability. If they seem to be running out of things to say, hit them with some questions that show you’ve been listening to what they have said, and are interested in hearing more.

Let’s continue on the listening point for another moment. The goal is to have the other person walk away thinking, “I really like her… but I don’t actually know anything about her.” Inc. referred to this talent possessed by likable people as “Social Jiujitsu, the ancient art of getting you to talk about yourself without you ever knowing it happened.”

How do these experts do it? According to Inc., these people strive to ask the right questions and keep the conversation open-ended. They’ll constantly be seeking the other person’s thoughts and opinions throughout the conversation, and this shows that they respect what the person is saying and their feelings on different topics. Try to master Social Jiujitsu, and you might just be the most likable person in the room.

A separate Inc. article discussed certain words you can use in conversation to make you more likable, and the phrase “you’re welcome” was one of them. According to the outlet, the phrase is often swapped out with others like “yep” or “no problem,” and it shouldn’t be if you want people to like you more. Why exactly? Inc. noted “you’re welcome” conveys to the other person that whatever they are thanking you for was a worthy favor. Ultimately, everyone feels good about the exchange.

Judgey people are the worst, amirite? The last thing any of us wants to do during a conversation with a person we’re just meeting is leave them thinking we’re the judgmental type. The goal is to show the person you’re talking to that you’re open-minded. Why? According to Forbes, open-minded people are more approachable and are also more interesting. Also, open-minded people are more willing to listen to another person’s opinion by nature, so whomever we’re speaking to will feel comfortable telling us their true thoughts on matters.

Throughout the conversation we want to keep things positive, so what better way to do that than by using our biggest, brightest, and most genuine smile to make others see us as super-likable? What’s more, smiling might also allow for people to feel as though they can let their guard down when speaking to us, according to TIME.

A study from Management Science showed the more we ask someone for advice, the more others perceive us as competent. While it might seem sort of strange, it’s true. Seeking advice also can have the power to make us more influential to the people we’re speaking to, as well. Don’t feel as though you need to burden the other person with a huge problem for advice on, though. Rather, keep it simple and relevant.

11. Avoid Asking For Anything Beyond That, Though

You’ve sought their advice on something small, now leave it at that. Some people, especially in a business networking setting, will have a great conversation with someone else — and just when it’s about to end on a positive note — they’ll pull out their business card and ask them for a favor. Remember that advice and favors are two completely different beasts. According to Inc., likable people are more focused on how they can help others in a conversation with favors they might need, instead of the other way around.

12. Hand Them A Warm Drink During The Conversation

This is super interesting — being a likable person doesn’t always have to do with how and what you’re speaking verbally. Your likability can also increase if the person you’re with is drinking a warm beverage. Research out of Yale showed holding a warm drink can better someone’s perception of the person they’re with. Get this… it will make the other person seem more generous and caring. So, offer up a cup of tea, and wow them with ease.

13. Don’t Be Afraid To Laugh At Yourself

The last and final thing to consider when chatting with someone new is not to be afraid to laugh at yourself. According to Slate, people like others who show vulnerability in this way. The outlet said they also see the person as more approachable if they’re able to laugh at themselves.

Next time you’re heading into a conversation with someone you’re hoping to impress, try out some of the tips discussed here. Using these tricks can make you instantly likable with ease.