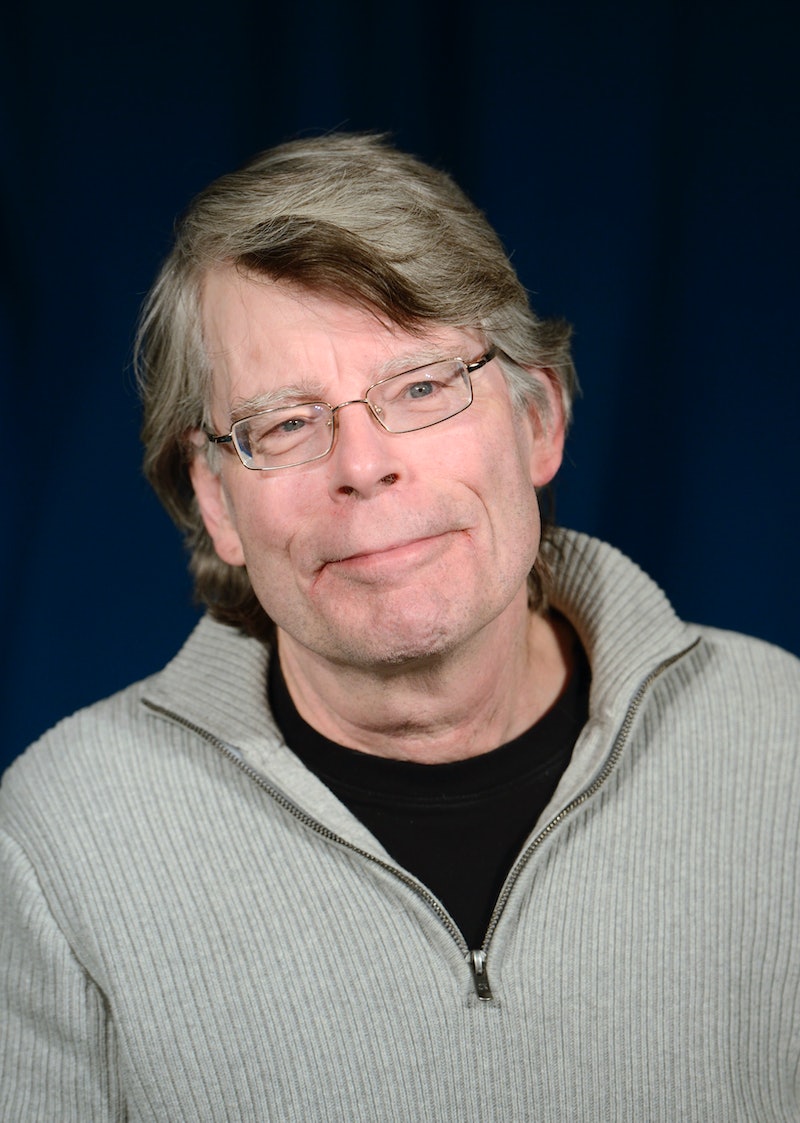 The wait for a film adaptation is almost over for devoted fans of the Dark Tower series. But the rumorsphere went into a tizzy on Thursday, when author Stephen King tweeted a Dark Tower movie teaser that might reveal huge news about the direction Nikolaj Arcel's upcoming adaptation might take.

This has been one of the biggest weeks for Dark Tower news. On Monday, the public got their first look at the Dark Tower set, when leaked photos revealed Idris Elba in his gunslinger regalia, proving to naysayers, once and for all, that he was capable of bringing hero Roland Deschain to life on the big screen.

A few days later, on Wednesday, King and Arcel sat down for an interview on Entertainment Weekly's podcast, Behind the Scenes with Anthony Breznican. In the interview, King assured listeners that "the movie will start where the books start," meaning, of course, with that iconic line: "The man in black fled across the desert, and the gunslinger followed."

Although the Dark Tower adaptation will begin with that image, King and Arcel have both noted that the 2017 film will begin "in media res." King is certain that "[the fans] will get behind" Arcel's creative approach to the story, "because it is the story." Director Arcel would not say which of the eight Dark Tower books his movie would adapt.

After King's Thursday tweet, it appears that King's comments are not as contradictory as they may have seemed at first. Moreover, there may be a very good reason why Arcel is keeping mum on which books he's chosen to bring to the big screen.

So what's going on with King's Dark Tower movie teaser, and why are fans so excited about it? Fair warning, folks: there are plenty of spoilers below.

At the end of the final novel in King's saga, The Dark Tower , the author gave readers the choice to close the book and have a happy ending, or read on and risk disappointment. At this point in the narrative, Roland had reached the titular Tower, but had not yet entered it.

Those who followed Roland inside discovered a horrible truth. They were not following the gunslinger's first journey to the Tower, but his nth journey. What do we mean? Roland had, in fact, undergone the quest many times before. Whenever he had reached the final door inside the Tower, he had been confronted with the memory of all his other trips, and had been forced to restart his quest from the beginning.

And I do mean the beginning. The Dark Tower ends where The Gunslinger began: "The man in black fled across the desert, and the gunslinger followed."

When Roland restarts his quest at the end of The Dark Tower, however, he has a little something extra to help him: the Horn of Eld, pictured in King's tweet above.

The Horn of Eld originally belonged to Arthur Eld, Roland's ancestor and the Dark Tower series' analog to King Arthur. When Roland set out on his first journey, he gave the Horn of Eld to Cuthbert Allgood, one of the members of his original ka-tet.

Cuthbert was killed by King's most prolific villain, Randall Flagg, during a large battle. He was using Arthur Eld's relic to summon aid at the time. Once the battle was over, Roland did not retrieve the Horn of Eld from Cuthbert's body.

Readers have long assumed that Roland's possession of the Horn of Eld at the end of The Dark Tower means that the journey on which he is about to embark will be the one to redeem him. Having the ancient relic would allow him to sound it at the Tower and complete his journey properly.

So, at this point, it looks as though Arcel's The Dark Tower won't be a true adaptation of King's novels at all, but rather a continuation of Roland's story. Almost a decade after readers first went into the Tower with Roland, they're going to get a definitive ending to his quest.