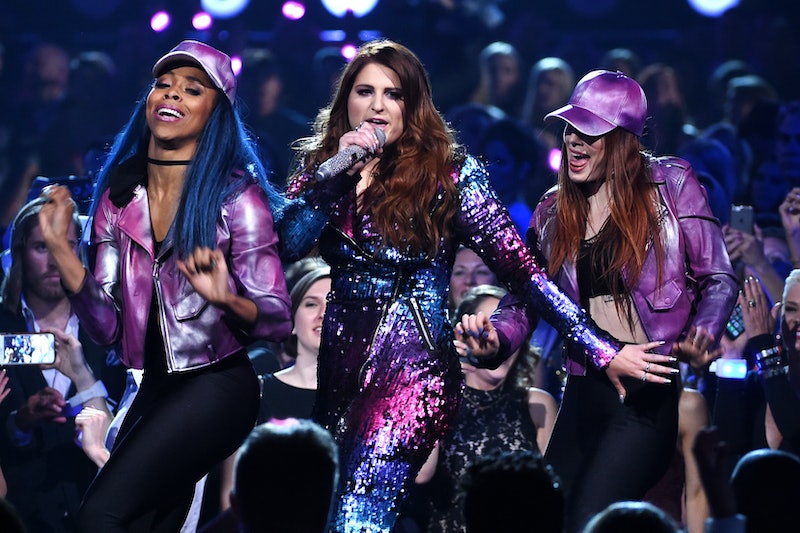 Trainor dominated the stage performing "No," which is the first single off Thank You. Trainor took full advantage of the stage and the floor, going into the audience to jam out with the likes of Zendaya and other famous faces. Her outfit — a sparkly, multi-colored, long-sleeved dress — definitely stood out among the crowd. And that's the way Trainor likes it. The singer has been a strong advocate of body acceptance throughout her career, and has often spoken out against the unfair and unrealistic standards in the music industry.

Trainor has been busy promoting her second album in recent weeks, making the rounds performing for late night talk shows and morning shows alike. Last week, she took a tumble on The Tonight Show With Jimmy Fallon while performing her other new single, "Me Too."