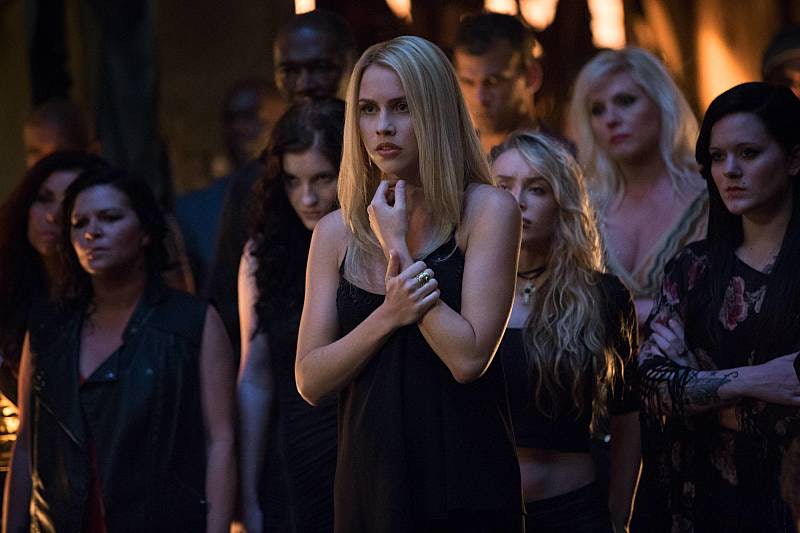 Rebekah returned to New Orleans just in time on The Originals. After spending most of the season daggered and cursed, Rebekah was awakened to help fight against Marcel after he fatally bit Elijah and Kol and had Freya poisoned. Having revealed himself to be Klaus' superior after drinking the serum, Marcel decided it was time to get revenge on the Mikaelsons once and for all in "The Bloody Crown." He, along with a mob of Klaus' sires and enemies, were ready to kill Klaus until Rebekah returned to The Originals to try to save Klaus' life.

Fans will remember that Rebekah had been cursed earlier this season by Tristan and Aurora, who stabbed her with a cursed dagger and marked her for death. Though Freya tried to use her magic to stop the curse from turning Rebekah into a killing machine, nothing worked and Elijah ended up putting a dagger through Rebekah's heart to temporarily put her to sleep. The plan was to allow Rebekah's body to rest, thus stopping the curse, and allow Elijah, Klaus, and Freya time to search for a cure. But, fate, it seems, had other plans and Hayley was forced to wake Rebekah up early in the hopes that she could reason with Marcel and keep him from killing Klaus.

Rebekah mounted an impressive defense for her brother, who was put on trial by Marcel. But, slowly she lost control. The longer she was up and about, the stronger the curse grew, and Rebekah ended up turning on her brother. Instead of defending him, she delivered an impassioned speech about all the wrongs he had done to her — daggering her, keeping her in a box for centuries (you know, normal brother-sister stuff). In the end, she advocated for Klaus to be sentenced to a fate worse than death, and he was sentenced to an eternity of agony via magic dagger. Of course, it turned out that was the plan all along. In order to save the Mikaelsons, Klaus needed to stay alive, he didn't have to live comfortably.

Rebekah's return to The Originals was bittersweet, but there's still hope she'll be back, along with the rest of the Mikaelson family, for The Originals' next season.