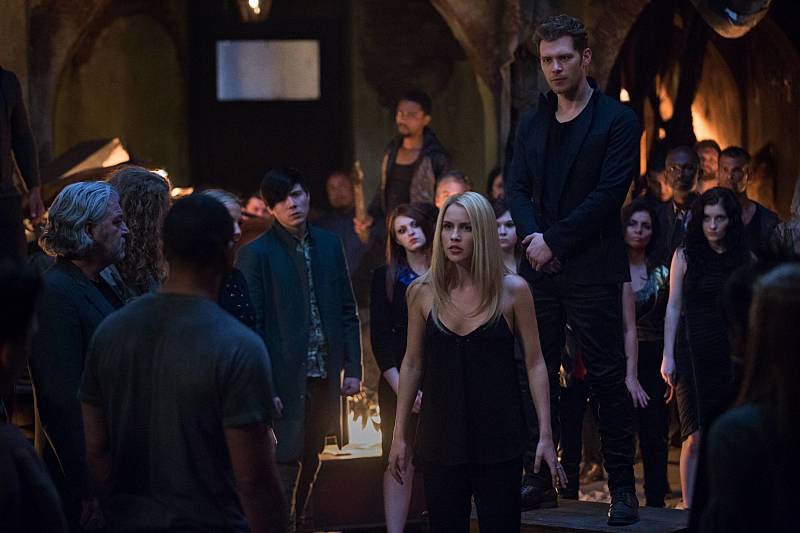 Marcel re-emerged from his brief "death" on The Originals with only one thing on his mind: to get revenge for Davina's death. In "The Bloody Crown," Marcel brought all of Klaus' enemies to New Orleans and put him on trial for his innumerable sins. Of course, it wasn't much of a fair trial given that Klaus' fate was in the hands of Marcel and other vampires with axes to grind, but, after Marcel gave his fatal bite to Elijah and Kol and had Freya poisoned, he had no choice but to at least show up. In the end, with Rebekah's help, Klaus sacrificed himself for his family on The Originals , but that sacrifice can only do so much, and the future of the Mikaelson family remains uncertain.

With Kol, Elijah, Freya, and Rebekah all dying slowly of various poisons — Kol and Elijah were bitten by Marcel, a death sentence for which there is no known cure (see Cami), Rebekah was cursed and Freya was poisoned by one of Klaus' enemies — Klaus turned himself over to Marcel with the hope that he could stall long enough for them to find cures. Unfortunately, there were no cures to be found.

In order to buy time for Hayley to find cures, Freya used a spell to put herself, Kol, Elijah, and Rebekah asleep. However, for the spell to be effective, they needed to be tied to a life force of their blood — Klaus. At Klaus' trial, Rebekah pretended to be losing her mind from the curse and turned on Klaus, suddenly encouraging Marcel to make him pay for all the pain he had caused her. But, she said, death would be too good for him. So, instead Marcel impaled him with a dark magic dagger that would make him feel agony for as long as it was lodged inside of him. Klaus is alive, but he is in constant pain, completely weak and at the mercy of Marcel.

With Klaus acting as a living tether, Hayley can cure the rest of the Mikaelsons and then, hopefully, return for Klaus. The episode ended with Hayley driving a moving van full of her family's coffins, leaving a Marcel-controlled New Orleans behind.