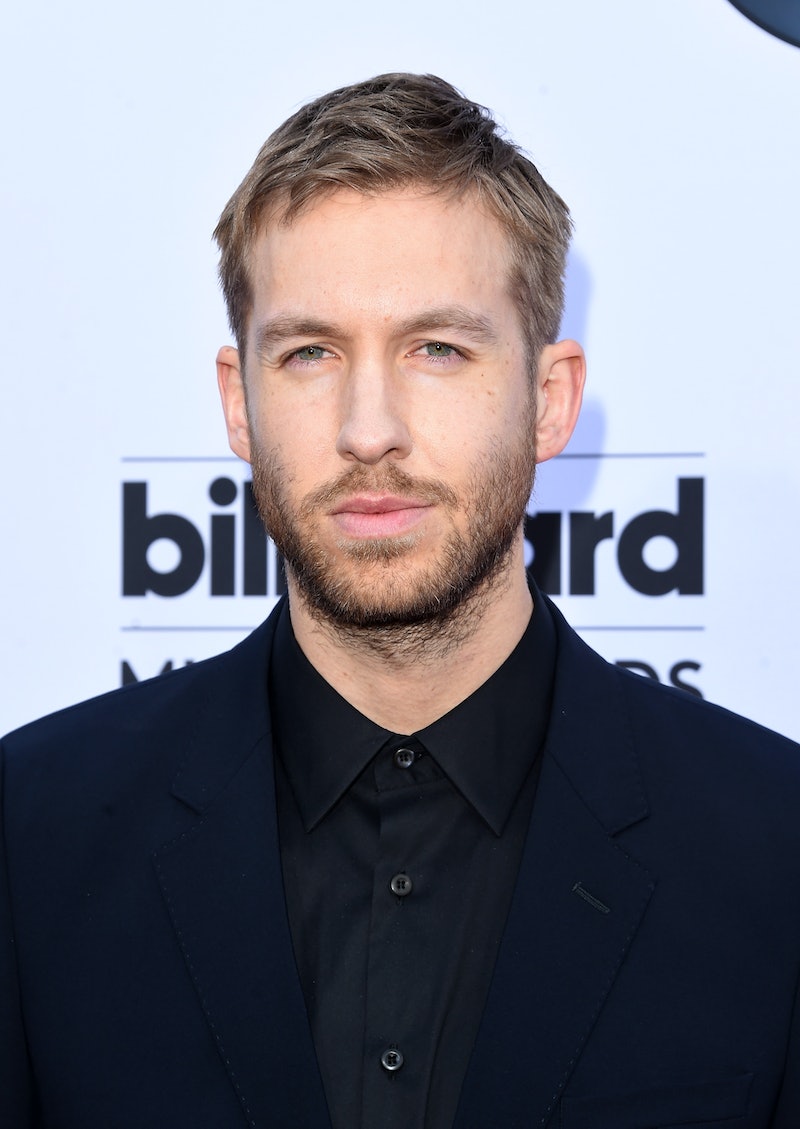 Thankfully he's reportedly OK, but this is still scary: According to reports, Calvin Harris was injured in a car crash in Los Angeles and is currently recovering in hospital. As a result, the musician has canceled his Saturday gig at the Omnia Nightclub in Las Vegas. Though Harris himself has not yet made a personal statement about the accident, his official Facebook page shared the following message early on Saturday:

Fans of the Scottish DJ should find some comfort in the fact that it sounds as though Harris' injuries aren't too substantial considering the short recovery time of "rest," as reported on the stars Facebook feed. According to a statement reportedly given to E! News by a police spokesperson, it also sounds as though Harris wasn't responsible for the accident, with the website claiming:

An underage female driver driving several people in a Volkswagen Bug on a narrow canyon road crossed over the center divider and crashed into an SUV carrying the 32-year-old Scottish DJ.

The piece then goes on to report that Harris "suffered a cut to the nose" before being transported to the local hospital and released. Though Harris has canceled Saturday's performance at the Omnia Nightclub in Caesars Palace, Las Vegas, he still has upcoming shows scheduled there for May 27 and June 3.

All things considered, it definitely sounds as though Harris hasn't sustained injuries which are too serious, and as a result, he should hopefully be back up and DJing in no time. I'm sure that Taylor Swift, who is currently Harris' girlfriend (and who has yet to release a statement regarding the accident), will be sending lots of sympathetic and healing love his way, so he should be back on his feet in time.