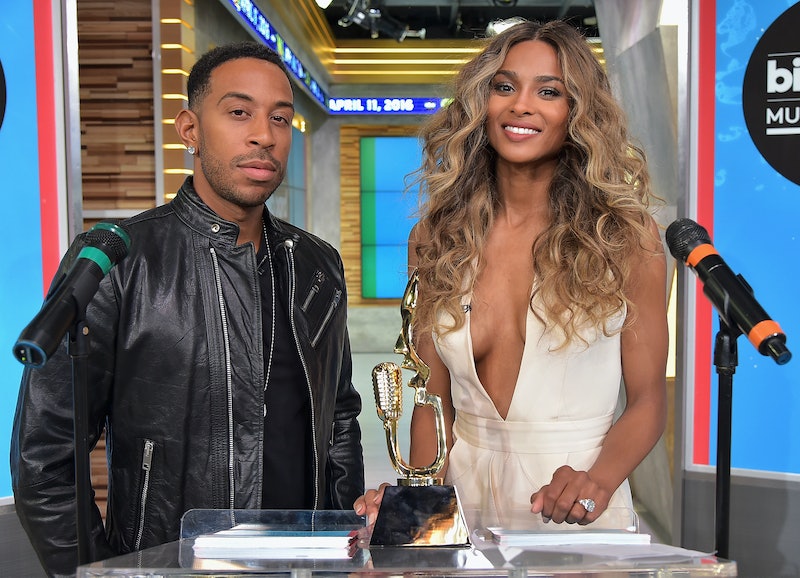 Ludacris and Ciara hosted the 2016 Billboard Music Awards on Sunday night, and though they certainly offered a few highlights during the evening, this was a night for the pop music stars who were nominated and who were performing. The BBMAs are mostly about the music — the show featured a ton of performances from everyone from Nick Jonas to Celine Dion — and it's safe to say that pretty much everyone in pop music was in attendance. And, while most celebrities were there to sing, it wouldn't be an awards show without some famous person either inspiring fans with a surprisingly moving acceptance speech, or embarrassing themselves and grabbing headlines with a scandalous, off the fly remark. If you're worried you missed one of these can't miss moments, don't worry, I've got you covered. Here are the best quotes form the 2016 Billboard Music Awards.

From the red carpet to the actual show, celebrities don't hold back when it comes to the Billboard Music Awards. From quotes about choosing their outfits (so they don't show up naked, naturally) to inspirational words for fans, the stars said it all. Check it out.

"If it feels crazy, then you're doing it right." — Normani Hamilton

The Fifth Harmony singer said this in response to a fan question about tips for dancing. I've gotta say, it's pretty inspiring — and easy to follow — advice.

What do you want me to tell you? It’s something that I put on this morning to avoid being naked." — Seal

Seal was there to present an award to Celine Dion, and he had this to say about showing up looking great in his no-tie look and rose gold mirrored aviator glasses. NBD.

"I've just always wanted to be an actor. A lot of girls like me, a lot of black transgender women, we don't get to live our dreams. And being out and proud and being who I am and getting to live my dreams I hope gives other people hope that they can, as well." — Laverne Cox

Cox is always an inspiration with her words and she definitely brought that trait to the BBMAs red carpet.

"Unlike the Oscars, we actually have some black nominees here." — Ludacris

In his opening monologue, Ludacris took a jab at #OscarsSoWhite while also celebrating the diversity of the nominees at the BBMAs this year. While the comment was more than fair, the calling out of white and non-white musicians in the audience that followed was a little awkward.

"Don't worry, we're not actually Bad Moms, we all brought our kids. Mine is being watched backstage by Fetty Wap, so she's fine." — Mila Kunis

Mila Kunis, along with her Bad Moms co-stars Kathryn Hahn and Kristen Bell, joked about her childcare for the night while introducing a performance by Pink (and promoting her new movie).

Celine Dion ended her acceptance speech of the Icon Award with a touching tribute to her husband, Rene Angelil, who died in January after battling cancer. The BBMAs marks Dion's first televised performance since losing her husband, and it was an emotional one. After thanking her fans and collaborators, Dion dedicated the Icon Award to her husband, saying, "Rene, this one's for you. The show must go on."

"It can be a moment of silence here on the air, but inside of our heads, it should be anything but silent." — Questlove

Questlove helped pay tribute to Prince at the BBMAs by introducing a performance by Madonna and Stevie Wonder. In his introduction, Questlove invited the audience to participate in a moment of silence for Prince, but told everyone that, though they might be silent in the room, there should be music in their heads.

Considering how many inspiring words were spoken at the 2016 Billboard Music Awards, a tribute to Prince was truly the perfect way to end the night and send viewers off with a message of hope.