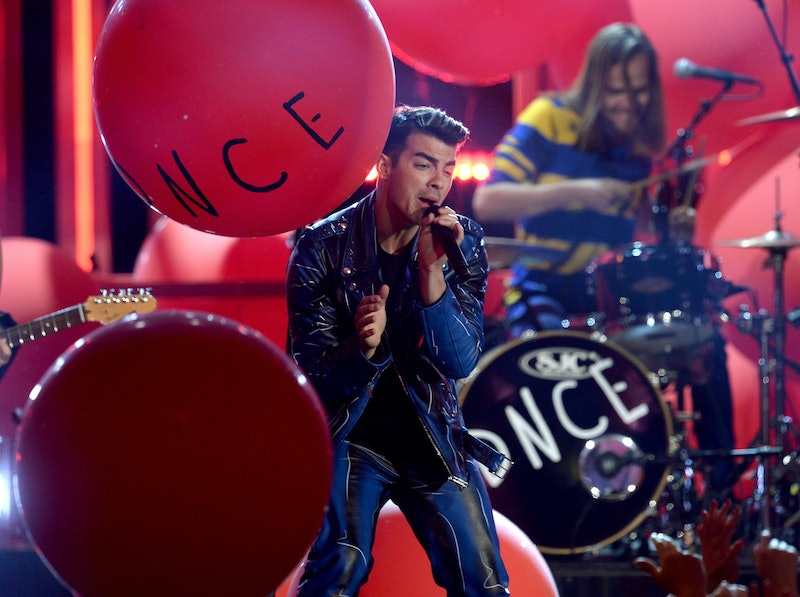 It is a truth rarely acknowledged that any good award show must be possessed of some sheer awkwardness. And that was no different when it came to these awkward Billboard Music Awards moments. To err is human, and, thus, when you combine some humans with something like a live show, there are bound to be some fumbles, some awkward silences, and some strange statements that you can tell that the person wants desperately to take back. The 2016 red carpet and award show gave us a lot of gems, and, honestly, I'm not even sure if I want to force you guys to relive these cringe-worthy moments. Wasn't the shame of watching them bad enough the first time?

Well, obviously not, because I made it my duty to, you know, collect them all here for you. Because, hey, maybe you're super into cringe comedy. Or maybe looking at these awkward moments at a prestigious award ceremony makes you feel better about the fact that you weren't invited to the show. Or reminds you that celebrities are people, too. Whatever the reason you're glancing over these horrifying moments, pull up a chair and get ready to feel the burn of that secondhand shame.

No, seriously, from start to finish, Seal's interview on the red carpet was made of all the awkward. Whether it was his casual statement that his clothes are just what he rolled out of bed in or the interviewer trying to find a not-awkward way to say he looks good in everything, this was just a cringe-worthy one guys.

"Kesha, we just want to say hi. We love you!" Apparently, however, the red carpet microphones don't, because whatever Kesha said was completely lost to the wind. And that's all we're getting, folks.

3. When Sib Vicious Asked If Kristen Bell Has Musical Talent

OK, to be fair, it was a group question of "do you have any musical talent?" But, to not be fair, that group included Kristen Bell. I'm not saying bursting into a rendition of "Do You Wanna Build A Snowman?" would have been a good way to answer the question, but I'm not not saying it either.

It's just a given with a live event that a few mistakes are going to be made before or during the show — or, if not mistakes, then funny little things that bring embarrassment to all who witness them. The Billboard Music Awards is no difference, and, let's be real, that's part of the fun of watching these shows in the first place. Celebrities, guys. They're just like us: awkward as hell.