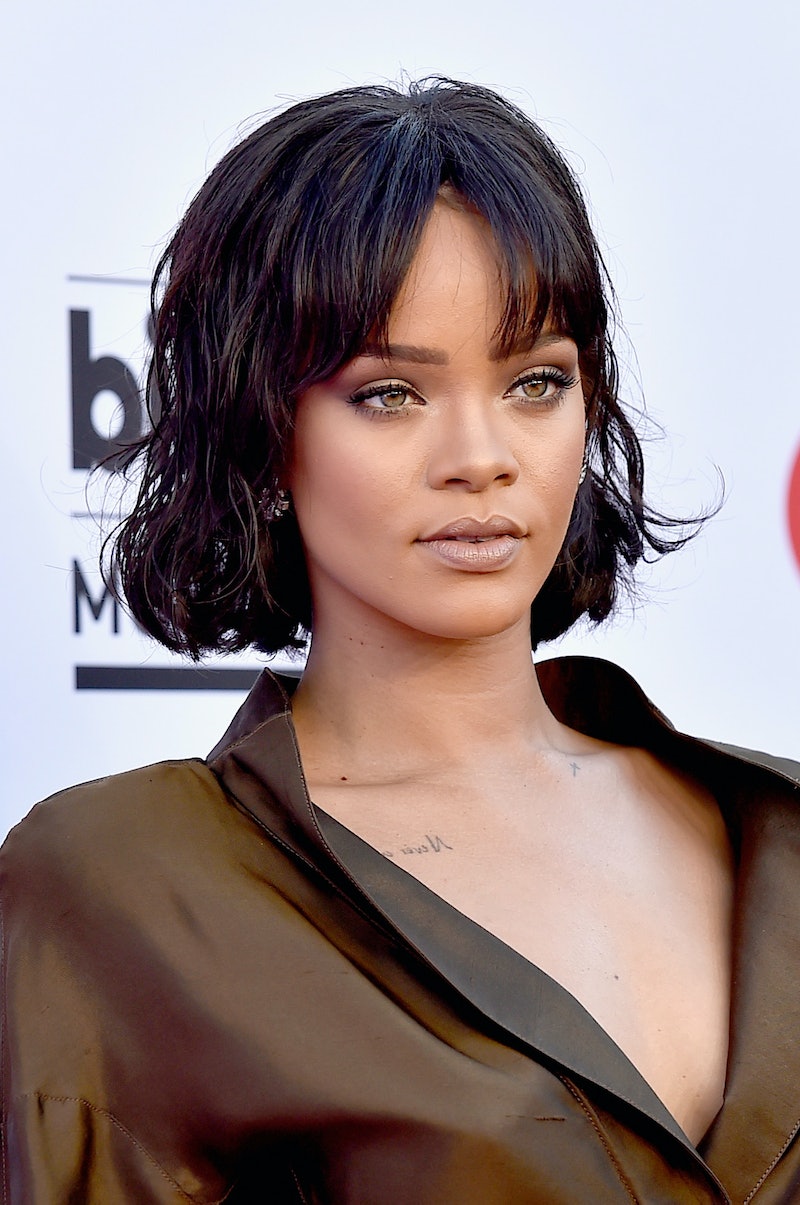 This year's Billboard Music Awards were jam-packed with performances from the top artists in the pop world from Britney Spears to Kesha to Justin Bieber. The show also included a certain pop star who always puts on an exciting act: Rihanna. The "Work" singer loves to wow her fans whether it's on the red carpet or on stage, and Rihanna's 2016 Billboard Music Awards performance did not disappoint. In fact, it was one of her best I've ever seen.

The 28-year-old musician, who was nominated for three awards Sunday night (Top Female Artist, Top R&B Artist, and Top R&B Album for Anti), performed "Love On The Brain" in a simple performance that was absolutely stunning. I'll admit, I'm not a card carrying member of the Rihanna Navy. I have a few favorites from her repertoire that I like because they're fun to dance and sing along to, but I generally don't think of Rihanna as an amazing vocalist. Well, color me wrong, because she killed it at the BBMAs and showed of her amazing pipes.

The whole thing was simple: Rihanna singing on a dark set behind a microphone stand. She seemed to be channeling classic soul singers, and the performance was full of a lot of sass and dramatics. It felt like I was watching a biopic about a '60s singer and I want to see the other 110 minutes.

Someone make this happen now. I see an EGOT in Rihanna's future and a long look at Rihanna's live performances on YouTube in mine.