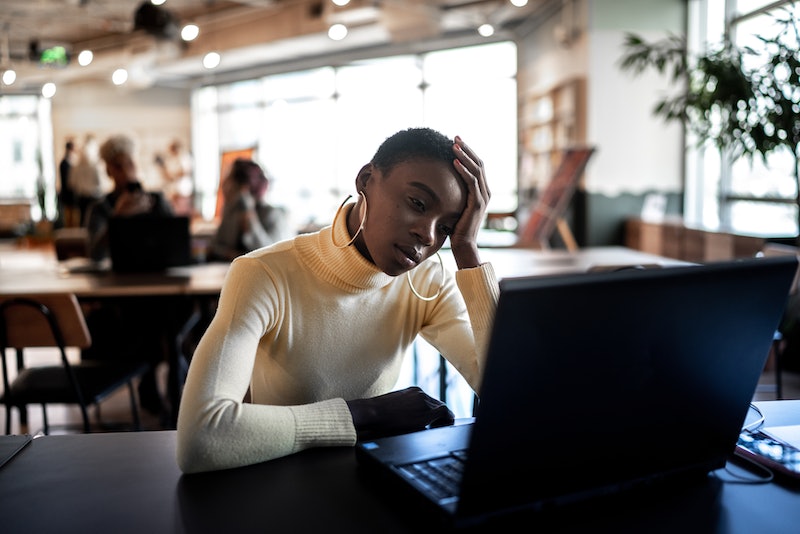 It's a feeling you're probably familiar with — you're out with friends, you go to grab your phone to send a text, and all of a sudden you're breaking out in a cold sweat. Your phone battery charge is at 20 percent, and there is nary a charger in sight. How will you live? OK, so that scenario might seem a little dramatic, but according to a recent survey conducted by researchers at LG Electronics, low battery anxiety is a very real thing that affects people — a lot of people.

The electronics corporation polled a random sample of more than 2,000 adult smartphone users in the U.S. earlier this year, and found that nine out of 10 people surveyed reported feeling "panic" when their phone battery charge dropped under 20 percent. LG dubbed this phenomenon "low battery anxiety." It's not a real medical disorder, but the way it manifests in our daily lives is certainly interesting to study. The survey found that 32 percent of people are willing to "drop everything" to return home to fetch their smartphone chargers, and that 22 percent of smartphone users will order something at a bar or restaurant just so they have a place to charge their phone. No matter where they are, 39 percent of people aren't above asking total strangers to charge their phone, and 35 percent admitted to "secretly borrowing" someone else's charger. Hey, desperate times call for desperate measures, I guess.

Of course, "low battery anxiety" may seem like an almost comically Millennial thing to worry about, but it can impact interpersonal relationships, too. Almost a quarter of people participating in the LG survey said they've gotten in an argument with a significant other for not answering text messages or phone calls because of a dead phone. A third of smartphone users purposefully didn't leave on time for a meeting or date because they wanted time to charge up, first.

It makes sense why LG would want to conduct this survey — the company is in the smartphone maintenance biz, after all. But, LG isn't the first to zoom in on the anxiety we feel when we're separated from our smartphones. In fact, that type of separation anxiety is often referred to as "nomophobia," and while it isn't officially recognized in the DSM-V as a psychological disorder, researchers are still keen to study it. Psychologists at Iowa State University even compiled a questionnaire to determine just how acutely someone might be experiencing levels of nomophobia by asking questions like how anxious a person would feel if they couldn't use their smartphone for a whole day. A 2010 study conducted by British research organization YouGov found that 53 percent of smartphone users in the U.K. feel anxiety when they are unable to use their phone, whether that's because of a dead battery, or because there's no signal. There might be something to "low battery anxiety" after all.

Being without your phone for extended periods of time (and even not-so-extended periods of time) can be scary, I know, but there is something to be said about cutting back on screen time, too. Remember, once upon a time, humans lived in a world where they couldn't refresh Instagram every five seconds, and they turned out just fine. But, if low battery anxiety is something you're worried about, just make sure to carry a charger with you at all times. Why depend on strangers to do it for you, you know?