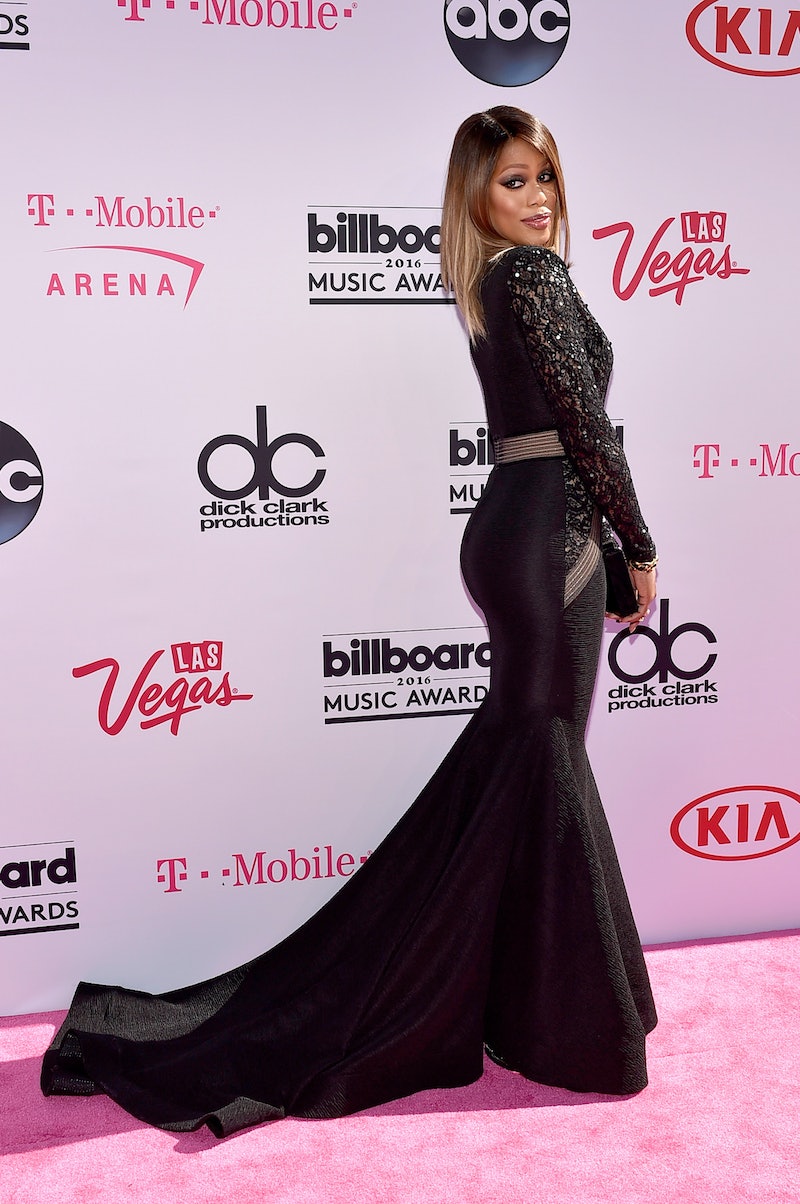 Whenever Laverne Cox opens her mouth, I sit up and pay attention. She doesn't even have to say anything particularly important. I just think she's such a cool person. However, on Sunday, May 22, she did say something important — downright inspirational, really. On the red carpet for the Billboard Music Awards, Cox was asked about her upcoming show, Doubt, and the fact that she is reportedly the first out transgender person to have a starring role on a show on broadcast television. And, as is often the case whenever the Cox speaks about transgender issues, she dropped a great truth bomb that's certainly worth a bit of extra attention. And, no, it's not just that she "[feels] so blessed and so grateful and dreams do come true," although that's also worth taking note of as well.

After speaking about how she cried after finding out that Doubt had been picked up, and about how amazing it is to have Rocky Horror Picture Show also coming out in Halloween 2016, Cox went on to say, "I've just always wanted to be an actor. A lot of girls like me, a lot of black transgender women, we don't get to live our dreams. And being out and proud and being who I am and getting to live my dreams I hope gives other people hope that they can as well."

The fact that she makes such a point to bring that to viewers' attention with the little time she's given for the E! red carpet interview is admirable. And when you add the fact that she also makes a point of doing her best to show other trans women that her career is possible even in a seemingly hostile world, is even more so.

Cox has been an inspiration since Orange Is The New Black catapulted her to mainstream fame, and that certainly shows no sign of stopping any time soon. After seeing the kinds of success she's enjoyed, the fact that she is still prioritizing spreading hope to other transgender women with big dreams brings tears to my eyes. Seriously, you guys. Even if you're not Cox's number one fan, or if you've never laid eyes on an episode of Orange Is The New Black, you can't deny that this woman has passion in spades and she makes it known always — even during something as simple as a red carpet interview.