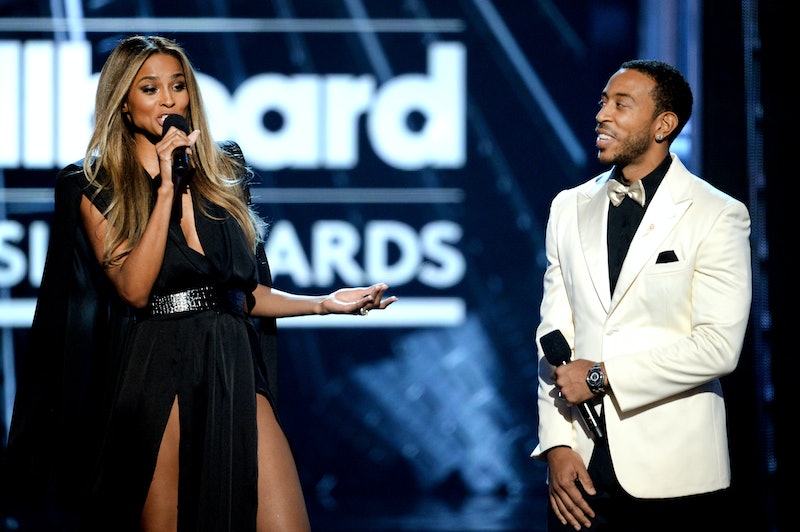 The 2016 Billboard Awards kicked off with a medley performance by Britney Spears, but soon after the BBMAs' two hosts, Ciara and Ludacris, started their monologue, which was, as usual for these things, full of topical jokes. The only problem was a couple of these jokes consisted of some casual sexism. First, Ludacris asked the audience to take a minute and give applause to Ciara's legs, which could be seen in her double-slit gown. Then, the rapper joked that since this is his third time hosting and he's doing it with Ciara this time, it's the type of "threesome" he likes. Ciara corrected him that it's actually a three-peat.

Perhaps including quips like this is the status quo, but it shouldn't be. Sure, male award show co-hosts have been making sexual jokes about their female counterparts for years, but that doesn't mean that they still should — or even should have to begin with. In 2016 at an award show that features such a wide array of acts when it comes to gender, race, age, sexual orientation, and more, it seems out of place to have what come of as just plain old time-y jokes. The times are changing and the way award show hosts handle their duties should too.