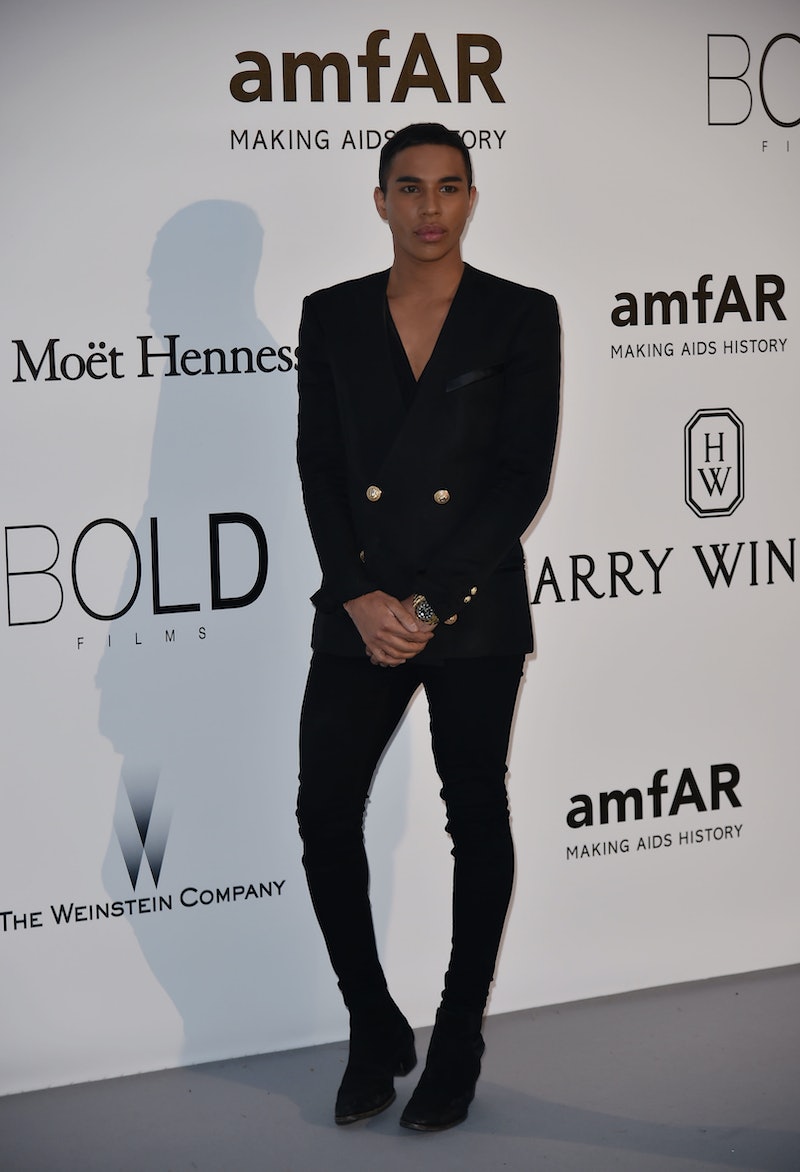 Whoa! Wait... what? Balmain's Olivier Rousteing and Nike are collaborating? Oh yes, they are, and it's glorious. The Balmain Creative Director, who is a Kardashian favorite, shared three teasers on his personal Instagram. Then photos landed online. The Rousteing x NikeLab collabo is glamorous sneakers and beyond, designed for both men and women. It's essentially football x fashion. In this case, football = soccer. The partnership is yielding black and gold athletic trainers and other mega glam kicks, along with a hoodie, a body-con dress, and details like patches.

The collection is dubbed "NikeLab x Olivier Rousteing: Football Nouveau" and it meshes the shoe giant's materials and the designer's POV. You know, Kylie Jenner is a huge Balmain fan and wore the brand for her Met Gala debut and for the after party. She is also a Puma brand ambassador, so something tells me she may sit this one out and not rock Rousteing x Nike. Also, the collaboration doesn't seem to involve Balmain, since it's been tagged as OR x Nike, not Balmain x Nike.

In his chat with Vogue, Rousteing, who teamed up with Kanye West on the Kardashian krew's furry ensembles, worn at his Yeezy Season 3 show at NYFW in February, confirmed that Nike approached him to team up. He also enthused, "I really wanted gold and embroidery everywhere."

These are truly pumped up kicks and more! The Rousteing x Nike collection is available on June 2.

Here was one of the initial teases of this dream team!

Now, are you ready to observe the clothes? Trust me, you need to see the pieces.

The football x fashion mashup is the epitome of cool, glam athleisure.

When Olivier Rousteing gets in on athleisure, it's beyond on!

You can see more of the Rousteing x Nike clothes, which represent the ultimate intersection of football and sport style. It's wearable glamour.

Nike has also teamed up with Givenchy's Riccardo Tisci, another Kardashian-beloved designer. The ever-popular brand is all about high x low mashups.