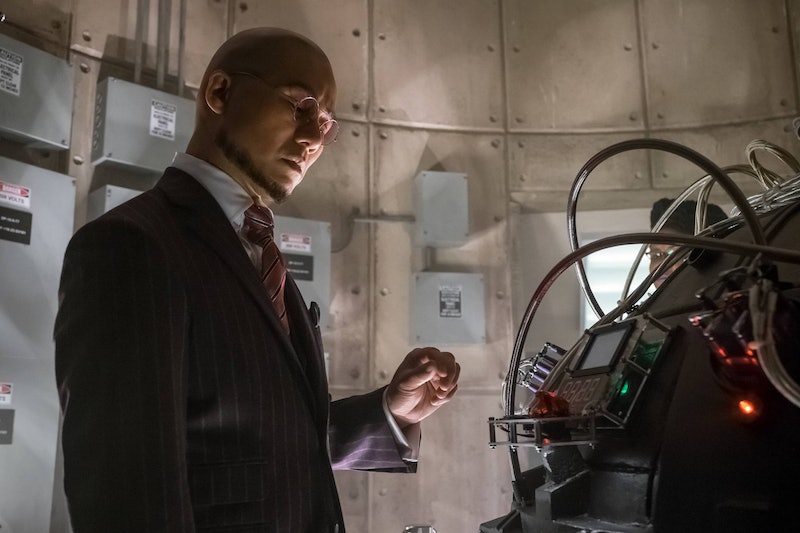 While torturing both Lucius Fox and Bruce Wayne, Ed Nygma, who somehow went from prisoner to sadistic Arkham doctor, had to ask his prisoners a series of questions — almost riddles — before he could justify spraying them with poisonous gas. Meanwhile, Hugo Strange dosed Jim Gordon with truth serum and toyed with him, as well. And the question "who controls Wayne Enterprises" was asked multiple times, as both torture sessions climaxed with the victims having no idea who really runs the company. Fox guessed that the Board of Directors really runs the company (which doesn't stop them from doing shady stuff — they did try to kill Bruce and distribute drugs in Season 1), but Nygma proclaimed him incorrect. Meanwhile, Strange probed Jim to find out if he knew the truth, but even under the influence of truth serum, the former detective had no idea.

I don't know why both Strange and Nygma expected Gordon or Wayne to know about the "secret council" that actually runs everything in the city, including Wayne Enterprises, but that's another piece of evidence that it might be the Court of Owls. Whomever is on the "secret council" that Strange was talking about clearly includes the white-haired woman in a mask who kept giving Strange orders, including the directive to send all of the prisoners to a new, less detectable facility.

There's still been no confirmation about who this secret council is, though Strange did acknowledge Gordon was getting warmer when he guessed that "the rich" are the ones who really hold all of the power in the city. Whomever the white-haired woman represents, they are going to be using all of the resources behind Wayne Enterprises in order to recover Strange's funds and start some more experiments, perhaps revealing why exactly she was so obsessed with bringing people back from the dead.

And even though Gordon decided to leave the city and find Lee Thompkins, with his name finally cleared, Bruce, Selina, and Alfred pledge that they'll uncover the truth behind the conspiracy. Despite the fact that they're two teenagers and a butler (former secret agent butler, but still), I think it's possible that they can pull it off. But fans will have to wait until Gotham Season 3 to see that... and with all these cliffhangers, it's going to be a long wait.