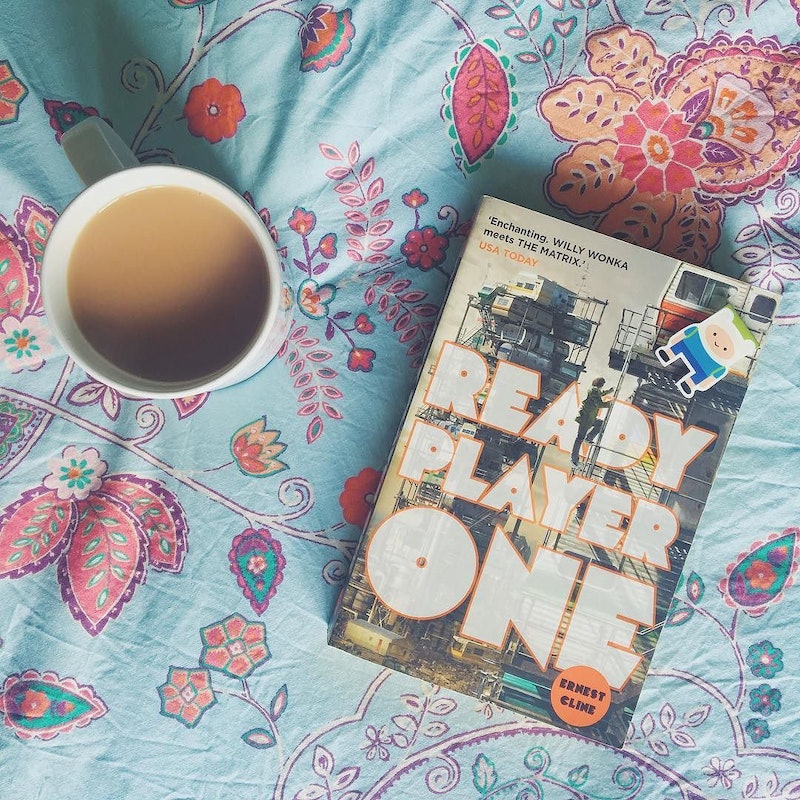 The classic conundrum for book-lovers: you love a book so much that you can't put it down, but then it's over too quickly. If this happened to you with Ernest Cline's modern classic, Ready Player One, and you need something new to love before the Ready Player One movie comes out, I've got your back. You'll absolutely fall for Neal Stephenson's Snow Crash .

Snow Crash is a book that people talk about for years after they've read it. Set in a dystopian future world, Snow Crash follows two characters: Hiro Protagonist, a hacker and the "greatest sword fighter in the world," and Y.T., a spunky teenager who spends her days making deliveries on her tricked out skateboard. The two collide and partner up when a new virus, Snow Crash, shuts down hackers everywhere. That is to say, it shuts down both their computers and their brains. Post-modernism meets science fiction meets satire in this book, and you'll be turning page after page trying to get more.

If you want more of that virtual reality craziness (aka The OASIS) from Ready Player One, you're in luck. In Snow Crash , the Metaverse is a Second Life-esque world that exists in conjunction with the real world. Plus, as one of the original creators of the Metaverse, Hiro's got some tricks up his sleeve whenever he logs on.

Tricked out skateboards, crazy motorcycles, robotic dogs as defense systems, people hard-wired into vans. Every corner you turn in Snow Crash has some new piece of tech that will delight every Ready Player One fan.

If you enjoyed the cheeky moments of Ready Player One , you'll revel in the snarky antics of the narrator in Snow Crash . Besides the fact that one of the main characters' names is literally "Hero" Protagonist, the narrator often addresses the reader directly, telling you right out what you're supposed to notice about the scene in question.

If you loved Ready Player One for its connections to video games and computer culture, you may relate to all of the tech woven into Snow Crash . The virus itself is steeped in programming theory, and Hiro's hacker sensibilities are just as intense as Wade's gamer smarts.

6. Plus, there's a badass female protagonist!

One of the main characters, Y.T. brings the girl power to Snow Crash . She's the kind of girl who's constantly kicking ass, especially in the face of people who are bigger, older, and better armed than she is. She's the kind of character who gets a thrill from the most dangerous of situations, seeking to throw herself all in at every chance she gets.