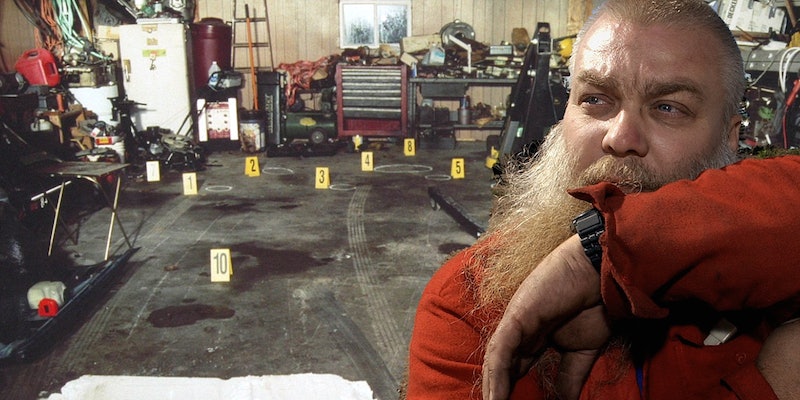 A certain hit Netflix documentary series has continued to awaken the investigative spirit of the nation, even five months after it premiered in December. For Hawley, Minnesota, native Krystyne Frandson, Making a Murderer's representation of Steven Avery's case has become a meaningful part of life. During a discussion with Robin Huebner of Fargo, North Dakota station WDAY 6, Frandson referred to her preoccupation with the show and its subjects. "Passionate is a good word but probably obsessed, if we're being honest," she said. Obsession or not, Frandson's at-home investigations might actually prove helpful to Avery's defense.

In an effort to find who she believes to be the real suspect in the 2005 murder of Teresa Halbach, Frandson opened dialogue with a woman on Facebook, who had a plethora of information on the case, according to Frandson. After chatting extensively with the woman over an alleged suspect whom Frandson claims was never questioned by the sheriff's department, Frandson gathered 150 pages of information. She says she later turned them over to Avery's new defense attorney, Kathleen Zellner. (These claims have not been corroborated or commented on by the Manitowoc police department.)

According to Frandson, this isn't an unusual occurrence among Making a Murderer fans. She even went on to speak with Zellner over the phone.

We're all amateur super sleuths after you watch something like this. You'd be surprised at how many free investigators Kathleen's got working for her.

Frandson has watched the entire show six times and is planning on making a special trip to Manitowoc, Wisconsin, she said, for a rally dedicated to freeing Avery and his nephew, Brendan Dassey. The rally will take place directly outside of the courthouse where Avery was convicted.

Her twitter feed is filled with reminders of the June 11 nationwide rally, in which she's encouraged celebrities to participate. Cities around the world including Dublin, Manchester, Melbourne, New York City, and Sacramento have already planned to host their own protests against Avery and Dassey's fates. Avery's case, which is central to Making a Murderer, became an international topic of debate after its depiction of the American justice system drew mass attention.

In 2007, Avery and Dassey were convicted of the 2005 murder of photographer Teresa Halbach. Years earlier, Avery had been wrongly accused of rape and exonerated. The role of the Manitowoc County Sheriff's Department in both cases made it infinitely more controversial among viewers, many of whom became amateur sleuths like Frandson. (The police department has fervently denied any wrongdoing.) Making a Murderer filmmaker Laura Ricciardi explained that, if anything, she and co-filmmaker Moira Demos hope viewers consider whether the justice system is any better than it was in 1985 when Avery was wrongly convicted.

There are now two people who are behind bars, probably for life. Do our viewers feel satisfied with the process that led to those convictions?

Though many agree that they are unhappy with how the case unfolded, others have claimed that Demos and Ricciardi left out evidence that would have lent greater validity to the guilty conviction. But Frandson isn't satisfied, to say the least, and much of that consensus stems from her own experience.

Frandson explained that she believes both she and Avery have unfortunate pasts that were later used against them to paint them in the wrong light. Furthermore, she has a son with Asperger's, whom she claims she could imagine wrongly confessing to a crime if put in a stressful situation, like that of Dassey.

Determined to alter the future of Dassey and Avery, Frandson has taken the situation into her own hands.