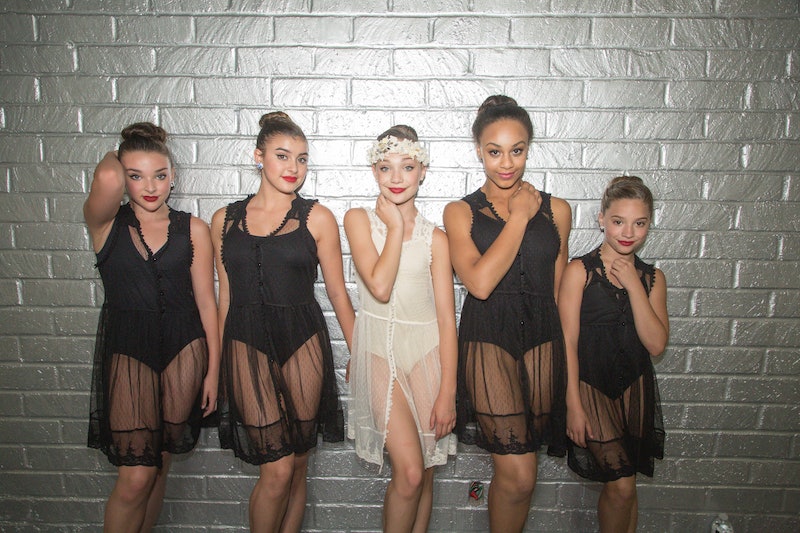 After announcing that they would be leaving Dance Moms, Maddie and Mackenzie Ziegler have both seen quite a lot of drama surround their final performance at the school. Their relationships with the other students, too, have been tested, but for those wondering if Maddie is still friends with Nia after Dance Moms, I've got some good news for you. While Nia, Maddie's former classmate at Abby's dance studio, and Maddie don't seem to have been hanging out that much since both girls are so busy with their careers as teenage dance prodigies, they are still keeping in touch — at least via social media.

Over the course of Seasons 1-6 of Dance Moms, Nia was always a part of Maddie's crew, even if her mother struggled to be accepted by the rest of the group and to get her daughter more attention from Abby. But when it came to her classmates, Nia was always appreciated as a friend, and even when there were rumors that she'd left the dance center in 2015, it didn't seem to drive any distance between her and the rest of Abby's students. So it makes total sense that Maddie is still friendly with Nia after Dance Moms, and that they've shared such great times

They All Celebrated JoJo's Birthday

Almost all of the Dance Moms girls gathered just a few days ago to celebrate their costar and fellow dancer's birthday.

These friends have taken so many pics together over the years that there's one for every occasion, like this one celebrating them kissing Monday goodbye.

They Went To Disneyland Together

They Co-Starred In A Photoshoot

Nia and Maddie were both featured in a Seventeen magazine feature about Dance Moms, and took some really cute pictures together backstage.

They Reminisce About Their Time Together

It's crazy to think that this pic of Kendall, Nia, and Maddie hanging out warrants a #FBF tag, but it's been awhile since they were all just hanging out together.

Nia was always protective of Maddie's younger sister, Mackenzie, when the three were all at the ALDC together.

Even though the Ziegler sisters have moved on from ALDC, and Nia has also started branching out, they'll all always have their time learning dance together, both on Dance Moms and before their adventures were broadcast on TV.

The friendship that Maddie and Nia formed should last long past the end of their time together on the show.