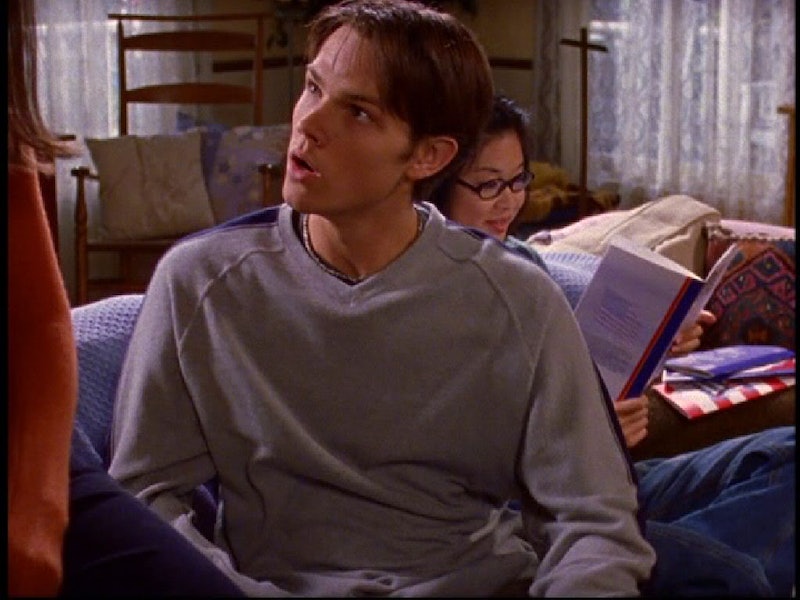 I’ll be the first to admit it: When Dean Forester first appeared on the scene in Stars Hollow, I was all for him sweeping Rory off his feet and loving her like crazy. And I was also the first person, when her feelings started to wane, to want to shake that girl silly and remind her of what a great guy she had in Dean. But, slowly, as Rory started to grow up — and as I started to grow up too — I realized that this Dean wasn’t always everything he was cracked up to be for Rory. That doesn’t mean that I don’t appreciate the things that Dean brought into Rory’s life, including an awesome relationship with the most important people to her, but it does mean that there were definitely moments when Dean would speak, and I would instantly know that they were not right for each other in the long run. In fact, there are plenty of Dean quotes that made me know right away that he was the wrong guy for Rory.

For a girl who is so bright and quick-witted and full of life, Dean always seemed a little too controlling, a little too uninspiring, and a little too vanilla for Rory. Listen, I love Dean as a character. Really, I do. But as a boyfriend for Rory? I think it's about time we all hard pass on that.

Just look at some of these quotes and see for yourself. These were probably the moments you realized that Dean wasn’t right for Rory too.

Telling a Gilmore girl what to do and where to go is never a good idea.

The first time I saw this scene, where Dean admits he knows what Rory’s reading because he’s been watching her from afar, it seemed sweet. But knowing what I know now about how controlling Dean could be, this was the first red flag that I wish I had been aware of.

One of the many winning compliments that Dean paid Rory over the years. Really, Dean? You should have a lot more to offer her than a compliment rife with the male gaze.

This was definitely the ugly side of Dean. The boy had a temper. So, when Tristan hit on Rory, and Dean got immediately aggressive, it was a little uncomfortable for all involved.

When Richard Gilmore asks Dean how tall he is, this is his response. Um, no one should ever talk to Papa Gilmore that way, if they know what’s good for them.

Dean said this to Kirk when he was announcing the hockey game. Was Kirk annoying? Sure. But Kirk is always annoying. This was kind of excessive.

For a girl whose future was always largely up in the air, a guy who maps out his plans in five-year segments never seemed like a good fit to me.

When Rory tells Dean that they’re having a moment, he seems totally clueless. Poor guy. He never could keep up with those Gilmore girls.

OK, fine. He meant for this comment to Rory to be endearing, but it takes on a totally different context once you realize how disastrous they were as a couple.

11. “Are You Seriously Trying To Act Tough? You’re Wearing A Tie For God’s Sake.”

Another one of Dean’s aggressive moments that probably made you realize he was trouble, this time with a personal insult to boot.

Remember that whole stretch of time where Dean was actively seeking Jess out to instigate him? That definitely sealed the deal for me.

13. “Tell Me When I’m Supposed To Pay Attention Again.”

Dean says this to Rory when she and Lane are talking about “girl things.” But, um, sorry Dean-o, you should always be paying attention to your girl, no matter what she’s talking about.

See what I mean? These two were wrong for each other from the jump, and these quotes definitely sealed the deal.