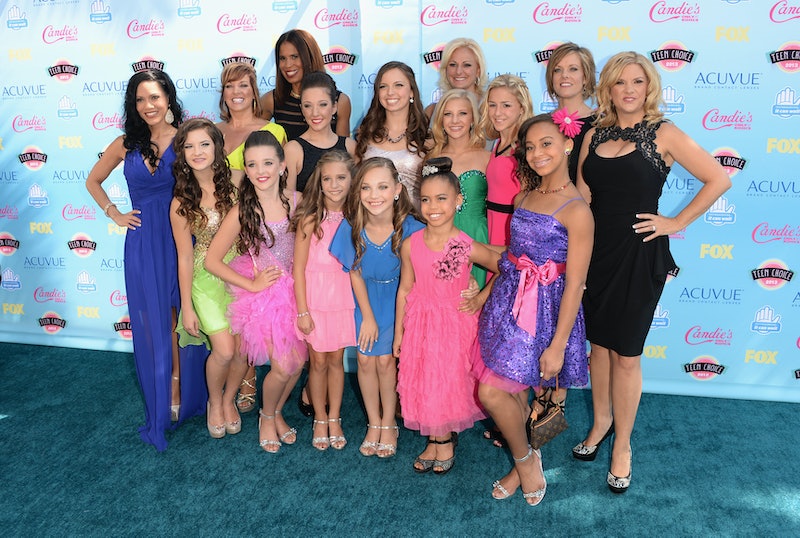 With Maddie Ziegler officially leaving Dance Moms after Tuesday's season finale, it's becoming depressingly obvious that the golden age of the show is decidedly in the rear view mirror. After the Season 4 exodus of the talented Chloe Lukasiak and the Hyland sisters, things have never felt as stable on the show – with cast members coming and going faster than even I, a steadfast viewer, could really keep track of them. But has leaving the dance company torn the Dance Moms friendships apart? Is Maddie Ziegler still friends with Dance Moms' Paige and Brooke?

For Kelly Hyland and her wildly talented daughters Brooke and Paige, the reasons for leaving were overtly clear. After years of dealing with the unavoidable drama of the show, Hyland and Miller eventually came to blows early in Season 4, causing Hyland to walk out for good, taking her daughters with her. In the meantime, while the show danced on for two more seasons, Maddie Ziegler shot to immense fame after appearing in the music videos for Sia's "Chandelier" and "Elastic Heart," rising to fame nearly as high as the international pop star, and becoming a household name in the process. And as Dance Moms prepares to bring Season 6A to a close this evening, Ziegler prepares to leave the show for good in favor of pursuing her already impressive career that's garnered her constant praise and six million Instagram followers even at the young age of 13.

With the three dancers finally looking free of the ALDC regime, are the girls still pursuing their friendship outside of the dance company? Not so much, but that certainly doesn't mean that the substantial drama has ruined their friendships. Separated largely by their different priorities, the girls that were brought together by dance have now grown apart as Brooke focuses on "normal" things like prom and college and Paige follows suit, revealing her very normal morning and evening routines on her YouTube page amidst a time of immense fame for Maddie. So, what have the three girls been doing during their time apart?

Posting multiple times about her pretty adorable picnic lunch with a new boy, Brooke is clearly experiencing those high school butterflies with a cute boy in tow.

Maddie Is Going To JoJo's Birthday

The current Dance Moms cast member got plenty of love from Maddie on her Instagram following her birthday and the release of her latest single "Boomerang."

The Hylands are getting to really enjoy their freedom by spending lots of time with their friends doing normal kid things, like screaming their heads off at a theme park.

Brooke Is Going To Baseball Games

It's clear that sports will always be a part of these girls' lives.

And looking uber stylish at that.

Paige Is Helping Out At Home

And plugged the awesome Star Wars: The Force Awakens in the process.

Ziegler will continue pursuing dance under the guidance of Sia, even going so far as to appear in Sia's upcoming film according to The Hollywood Reporter. As for the Hyland sisters? The two plan to keep dance in their lives for a long time, even revealing potential future plans to open a dance studio of their own, according an interview the sisters did with International Business Times.

The girls have left the ALDC in their wake, and Paige has revealed to OK! magazine that she and her Brooke have still “not committed” to any particular studio despite their desire to continue with dance. “We’re just happy to be moving on and moving forward with happy things,” their mom, Kelly, said to OK!

As the girls continue to build on their big dreams and even bigger talent, it's clear that these Dance Moms alums will continue to do great things in the years ahead, whether they're side-by-side or blazing their own trail.