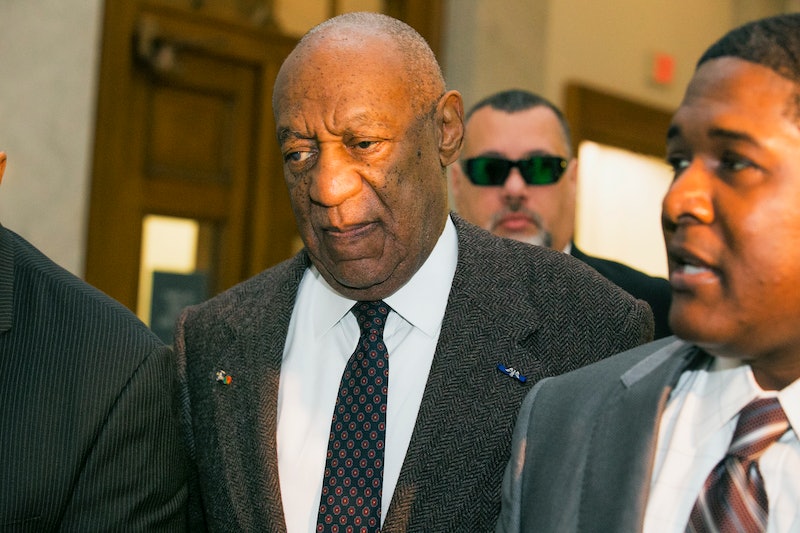 On Tuesday, Pennsylvania Judge Elizabeth McHugh ruled that 78-year-old Bill Cosby will stand trial for a charge related to the 2004 sexual assault civil suit filed against him by Andrea Constand, which claimed he drugged and assaulted her. As CNN reports, the judge found sufficient evidence to hold Cosby on felony indecent assault charges in Constand's case. "Based on the evidence, I am going to hold you on charges," the judge ruled (via USA Today).

Tuesday morning, Cosby headed to court for a preliminary hearing where the judge was set to decide whether or not there was enough evidence to go to trial. McHugh ruled that there was and now Cosby will once again head to court on July 20. He could face up to 10 years in prison if convicted.

USA Today reports that Constand's statement given to the police 11 years ago was the focus of the preliminary hearing. In part of her statement, Constand made claims about Cosby touching her sexually without consent: "I told him, 'I can't even talk, Mr. Cosby.' I started to panic." There was also focus on Cosby's statement given to detectives at the time. After being asked by police if he ever had sexual intercourse with Constand, he claimed, "Never asleep or awake." During the preliminary hearing, Cosby's defense attorney, Brian McMonagle, argued against Constand's statement and her credibility concluding, "This makes this entire hearing meaningless."

As mentioned above, Constand's first filed a civil suit in 2005 against Cosby, but it was eventually settled outside of court. In 2014, her case was reopened due to new evidence leading to Cosby being charged with alleged aggravated indecent assault, a second degree felony, on Dec. 30, 2015. At the time of the charge, Bustle reached out to Cosby's lawyer, but did not receive an immediate response.

More than 50 other women have accused the former star of The Cosby Show of various forms of sexual assault, but he continues to deny all of the allegations against him. In November 2014, he released a statement (via his former lawyer, Marty Singer) reading: