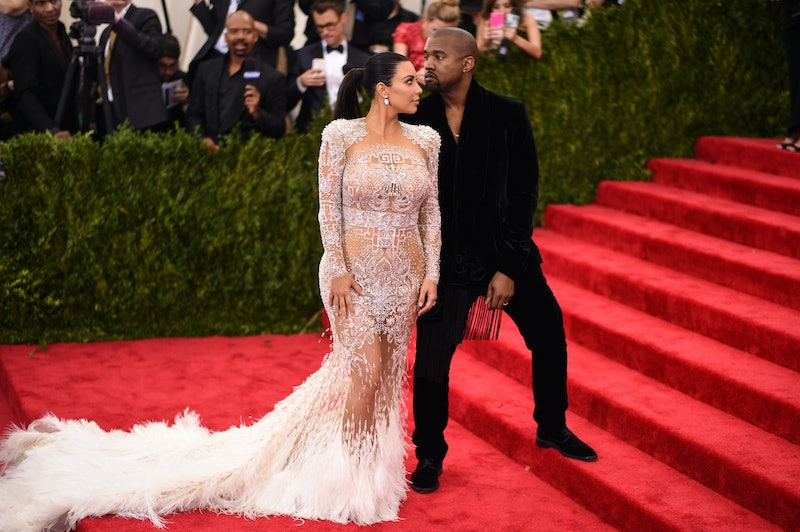 I don’t think anyone is innocent of one particular crime of celebrity criticism. At one point or another, whether in good fun or not, we have all poked a bit of fun at Kimye. After all, they do have some eccentricities as a couple. But you know what? They’re good sports about it. They don’t try and do things differently and they don’t get outwardly mad, they’re just cool with being crazy successful and in love, naysayers be damned. Case in point, Kim Kardashian posted an anniversary ode to Kanye West on Instagram Tuesday and it was simple yet impossibly sweet.

In a caption that would make even the saltiest hater reconsider, Kardashian wrote, "Happy 2 year anniversary to the love of my life! You make me so happy! I love you so much!!!"

Two years married may not seem like a lot, but for as high profile as these two are in Hollywood, I do consider it an accomplishment. Especially considering that while both Kardashian and West are the subjects of a lot of drama, it’s rarely over their state as a couple. They’ve actually been super secure from the start.

Here are 11 pictures of the couple that prove Kardashian’s caption is so very true.

This is actually super sweet.

Not to be confused with the pop sensations *NSYNC.

4. They Have Fun With One Another

Sometimes, at each other's expense.

6. They're Affectionate In Public Without Showing Too Much PDA

7. They Seem At Ease Together

Which is always important in a relationship.

8. They Go The Extra Mile For One Another

9. They're Intense Together (In A Good Way)

10. They Have A Good Time In Each Other's Presence

I think that these crazy kids just might make it.

Keep doing your thing, Kimye. It's working for you.