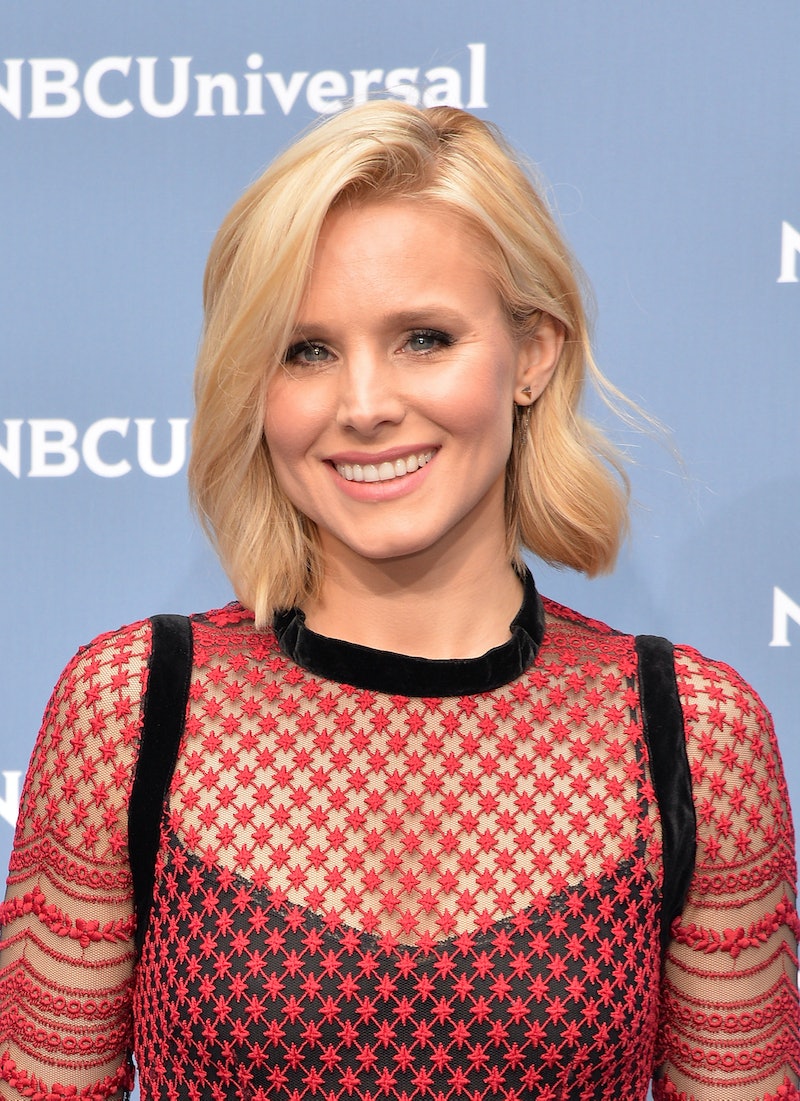 Few things go together as well as Kristen Bell and social media and it honestly seems like she was made for Twitter. Bell is a fan favorite on the site, frequently tweeting experiences both hilarious (like her well-documented bladder issues. Girl, I feel you.) and terrifying (like the time she live-tweeted an accidental carpool ride in an Uber), and it's hard not to laugh out loud when reading her 140-character musings. With more and more celebrities joining the ranks of Snapchat users, I wondered if Kristen Bell had a Snapchat account of her very own. So far, it seems like Bell hasn't joined Snapchat, but I'm pretty confident that will change soon.

Bell is obviously well-known for her relatable Twitter feed, but she only very recently joined Instagram, so it seems like she might simply be taking her time to become the undisputed queen of social media (take that, Kardashians and Jenners). Bell made her debut on Instagram in February 2016, and she's already shared some awesome behind-the-scenes moments, as well as posts for causes she cares about, and a well-placed selfie or two, because... duh. Based on her awesome Twitter and Insta posts, here's what I'd love to see if Bell joins Snapchat.

Bell has some pretty amazing Hollywood friends, like America Fererra, and I'd love to see her snap silly moments with them.

Bell and husband Dax Shepard are famously against sharing photos of their children, which is totally understandable. But Bell, who is a huge animal rights activist, can certainly give the world plenty of snaps of her adopted rescue dog, Lola.

Who wouldn't want to see some behind-the-scenes action from her movie sets, especially when a Kanye West prayer circle is happening. I think we all need to see more of that.

Bell and Shepard are one of the most awesome Hollywood couples around, and even though they star in a whole bunch of Samsung commercials together, I simply need more of their cuteness in my Snap feed.

No Snap story is complete without 'em.

I have a feeling that even Bell's most mundane activities would make for great Snapchat fodder, so I'm sincerely hoping she joins the app very soon.