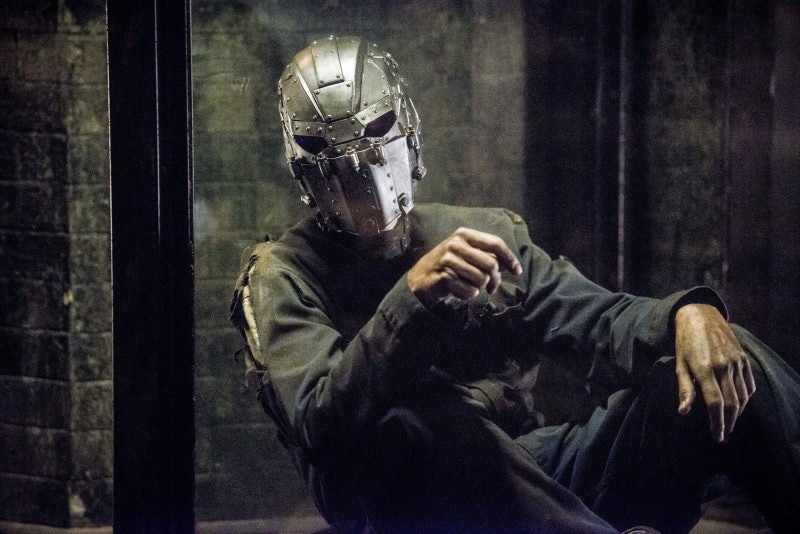 Perhaps there has been no bigger secret kept this season on The Flash than the one that is still being kept hidden, literally, on Eart-2. I mean, think about it. Wells' dastardly but well-meaning plan to steal Barry's speed was revealed, Zoom's identity was revealed, the doppelgängers were revealed, and even Iris' long dormant and suddenly reawakened feelings for Barry were revealed. The only question left for the season finale to answer was: who is the man in the iron mask?Thankfully, the series did fans a solid and told us, finally, before we stewed during hiatus coming up with wild theories. Jay Garrick is the man in the iron mask on The Flash, which is an answer more shocking than most of what we could've come up with — especially considering the second half of the reveal that came later in the episode.

As Zoom, aka Hunter Zolomon, explained to an imprisoned Joe West in "The Race of his Life," he found the actual Jay Garrick on another Earth while looking for a way to get faster and stop the deadly side effects of Velocity-9. However, he couldn't steal Jay's speed, so he turned to Barry instead when the singularity created a breach between their worlds. Hunter then locked the real Jay in his Earth-2 lair and started using his identity to pretend to be a hero and win over Team Flash's trust.

Though the central mystery of the man in the iron mask was solved, this reveal brought with it a slew of other questions. Once again, The Flash managed to answer the one foremost on my mind in the eleventh hour. That question being, didn't Henry (RIP) say that Garrick was a family name? Well, yes, Garrick is indeed a family name, but that's not the only connection. Jay Garrick is in fact Henry Allen's doppelgänger and The Flash of a third Earth, which was a little too much for Barry to handle after just witnessing the real Henry Allen die a few days earlier.

Though we learned the name of the man in the iron mask and saw that he's Henry's doppelganger, more questions remain. Namely, what Earth is he from, exactly? Are there more villains there who could threaten Barry's Earth? Is there a Jay Garrick on Earth-1 or Earth-2? Obviously, questions such as these are going to have to wait until Season 3 to be delved into further — and hopefully we'll get those answers — but at least we have new theories to keep us busy while we wait for The Flash to return.