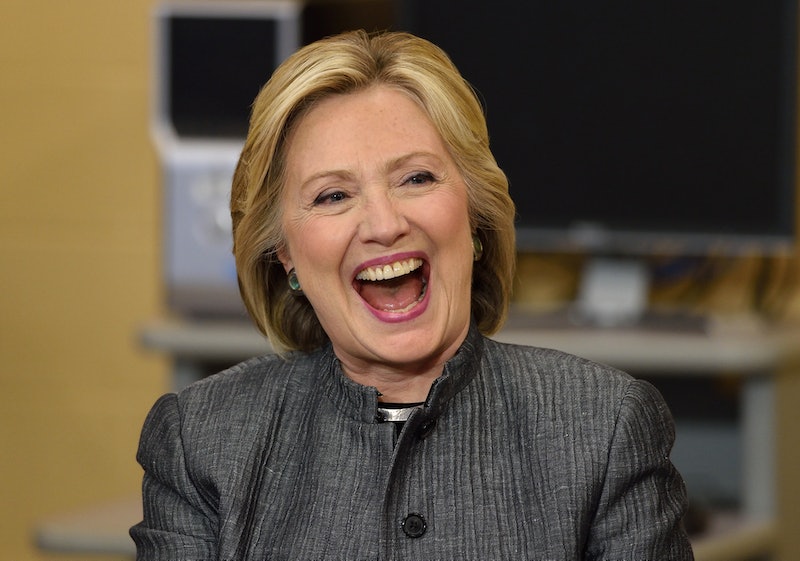 As we get closer to the general election in November, there are still a handful of states hosting crucial primaries and caucuses for the remaining presidential candidates. Unsurprisingly, Donald Trump won Washington state's May 24 Republican primary, which wasn't that exciting considering he's the last GOP candidate standing. However, it was a little surprising when news broke that Hillary Clinton won the state's Democratic primary on the same day. In late March, Washington held its Democratic caucus, which Bernie Sanders won. So why does Washington have a caucus and a primary? The Democratic primary seems pretty meaningless.

There's one main difference between a primary election and a caucus, and that's who runs each event. State governments conduct primaries, but state parties organize caucuses. In both contests, voters select candidates who will move on to the presidential election in November.

Each political party gets to determine how it would like to use the results of these contests. Because Washington state has both a caucus and a primary for Democrats, the party couldn't use the results from each contest, so they had to pick just one. They decided to count the results from the March 26 caucus toward the presidential election and total delegates received, which means the May 24 Democratic primary didn't really matter at all.

After nearly 75 percent of the votes were in, Clinton led Sanders in the Evergreen State primary by 54 percent to 46 percent. Although Clinton won the Washington state primary, she technically didn't get any closer to becoming the party's nominee; the Democratic party used 100 percent of the results from the March caucus to allocate delegates. This system didn't work out in Clinton's favor, though, since Sanders earned 74 delegates from the caucuses and Clinton only received 27.

Between 1972 and 1988, Washington state reportedly always used caucuses to select and allocate delegates to the presidential candidates. However, in 1988, political pundits pushed to introduce a presidential primary to the state as well. Despite the introduction of a new presidential contest, Democrats have decided to stick with their Washington state tradition of solely using the results from the caucuses.

All of this seems confusing and a little irrelevant, though. If residents vote for their preferred Democratic presidential candidate by participating in a caucus, why ask them to vote in a presidential primary less than two months later? It's also interesting to note that, technically, you could split your vote between the candidates; you could caucus for Sanders and vote for Clinton, which seems to be what happened this time around.

And what does this distinction at each contest say about support for each candidate? Caucusing takes more effort because you have to go out and actually be there and rally for your candidate; voting is easy and can be done by mail or in two seconds at a polling center. Since Sanders overwhelmingly won the Democratic caucuses, you could argue that his supporters were more politically active than Clinton's in Washington.

However, that theory is quickly debunked when you consider that more than 650,000 votes were cast in the primary, but only 230,000 in the caucuses. The unequal voter turnout makes you wonder why, then, the Democratic Party would continue to solely count results from the caucuses when far fewer people showed up for it.

In any case, congrats to Clinton for pulling off a victory in a presidential primary that quite literally had no effect on her campaign. Cue John Oliver criticizing primaries and caucuses, which is all I can think about now, especially in cases like Washington state where they seem to intentionally make things more difficult for us to understand.