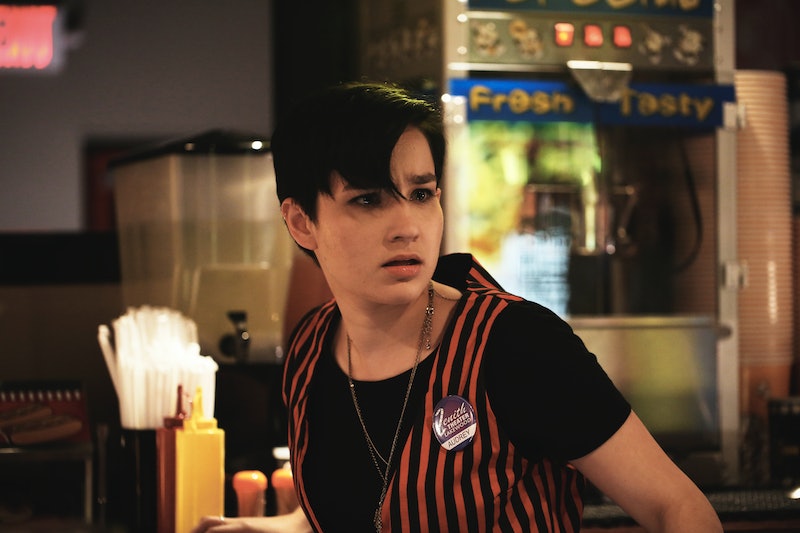 If you thought that the dust had finally settled in the former murder capitol that is Lakewood, well, you'd be dead wrong. The Season 2 premiere of MTV's Scream may have shown the Noah-coined "Lakewood Six" attempting to move on with their lives following the mayhem caused by Brandon James' secret daughter, Piper, but as the premiere proved, the past can't be so easily forgotten. While Emma is struggling with terrifying dreams of pig farms, Audrey's real life is the nightmare. Someone knows about her mysterious connection to Piper, and they want to make her pay. But did Audrey really act as killer Piper's accomplice? Scream hinted that she has blood on her hands, but just how bloody they are is yet to be revealed.

Right now, we know that someone has picked up where Piper left off as a Brandon James-masked killer (RIP, Jake!), but it's not so clear as to whether the person texting Audrey is also the one starting another murderous rampage in Lakewood. After all, the person calling and harassing Audrey seems to blame her for the deaths of the teens from Season 1, and it would be rather hypocritical if this caller was then picking up their own knife and going to town. It seems likely that the person texting Audrey about not being able to delete her own disturbing history is separate from the new killer — so just what is Audrey so guilty of?

Right now it's anybody's guess as to what Audrey and Piper's connection is, but we do know that Audrey seemingly wrote a lot of letters to Piper, and that Audrey's stalker has access to all of them — or at least, enough of them that they were able to make copies and plaster them all over a bathroom stall. Audrey wrote about being an outsider in Lakewood, which seemingly bridged a connection between her and Piper. Though we didn't see any violent threats in the letters that the stalker pasted in the movie theater bathroom, it's possible that Audrey wrote about wanting to hurt Lakewood bullies. That could definitely spark an interest in Piper, whose own father, Brandon, was bullied relentlessly.

So does Audrey really have blood on her hands? My theory is that she only does by technicality. I wouldn't be surprised if Audrey's letters inspired Piper to go after Nina and Tyler, the two people who made Audrey's life so difficult. Audrey doesn't seem like the type to have killed anyone herself, but having someone discover her connection to Piper along with threats against Nina or anyone else in Lakewood could cause serious trouble for her in Scream Season 2.