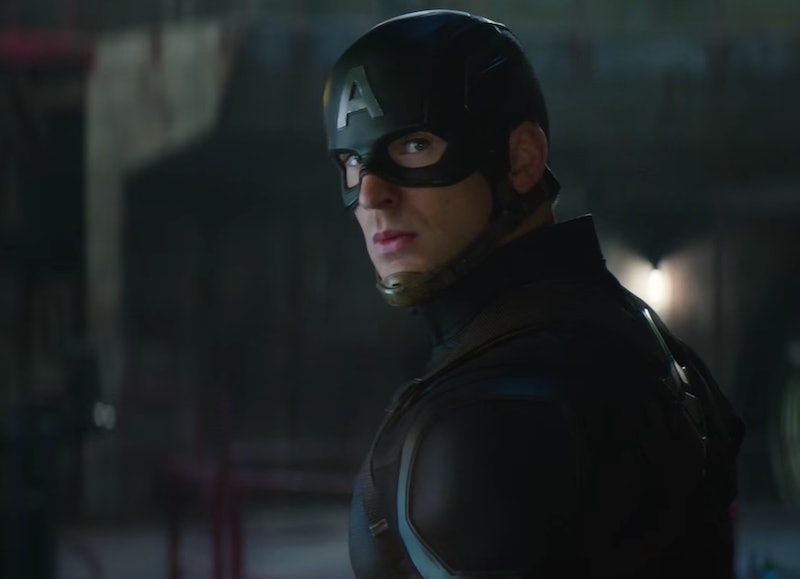 If you don't want to hear any spoilers from Captain America: Steve Rogers , then stop reading right now — because I'm about to drop something huge. The debut issue of Marvel Comics' latest series came out at midnight on Wednesday morning, and it's already caused a massive uproar among fans. Because it turns out — and I'm serious when I said stop reading at this point — Captain America is part of Hydra, and has been this whole time.

Now, this changes everything. Hydra is the evil organization that Captain America has been fighting since World War II — or at least, that's what the readers used to think. In fact, this trusted hero, who just celebrated his 75th anniversary, has been a double agent all along. Yikes. Before this reveal, Captain America was one of the most trusted heroes in the entire Marvel universe, so it's no surprise that fans are pretty devastated by the fact he's secretly a bad guy.

In the days leading up to the release of Captain America: Steve Rogers, fans had a very different theory about what surprises the new comic would hold. A whole Internet campaign was dedicated to petitioning Marvel to #GiveCaptainAmericaABoyfriend — which would have been a great step towards positive representation. But the campaign was pointless, as it turns out Marvel have known Captain America is a Hydra agent for a few years now — and so this shocking reveal has been a long time coming.

But this storyline wasn't just designed to shock us. Marvel's executive editor Tom Brevoort dropped a not-so-subtle hint about the political message behind this reveal in an interview with Time, when he said that the series writer has been "following this election very closely," and that Marvel comics "talk about political issues in a metaphoric way." When journalist Eliana Dockterman hinted that the hate speech spouted by Hydra "sounds like rhetoric we've been hearing this election," Brevoort did nothing to deny this — saying that "any parallels you have seen to situations real or imagined, living or dead, is probably intentional."

So wait: not only is Captain America part of Hydra, he's also... Donald Trump? Whoa. This is too much.