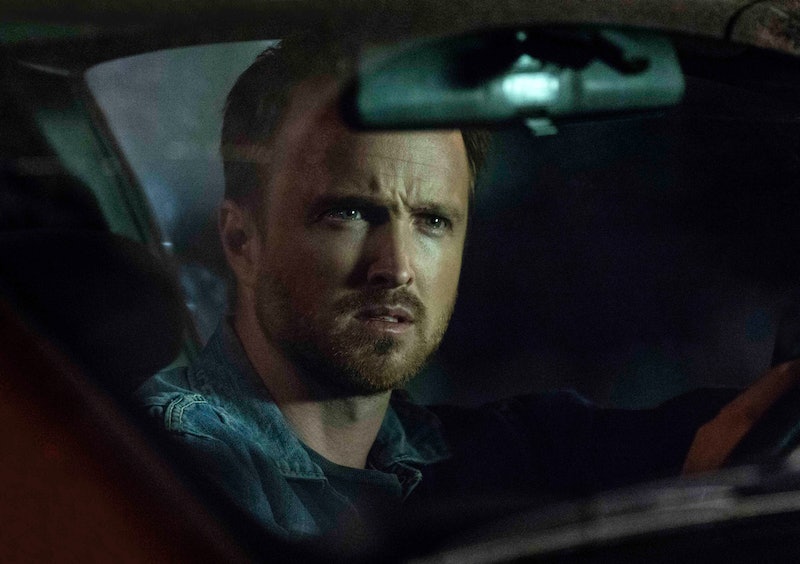 Okay, take a second. Have you watched The Path Season 1 finale yet? No? Go watch that, real quick, and then come back to see me. Got it? Cool. Now let's talk about The Path Season 2 while we attempt to process that gut punch of a final episode. So many questions! So few answers! So many creepy vibes!

I'm already thanking my lucky stars that The Path will have a chance to answer at least some of those new questions (and continue in the full-on creep-out mode it does so very well), thanks to a recent announcement from Hulu that The Path has been renewed for Season 2, according to Deadline. But, when will The Path Season 2 premiere? Though it's technically anyone's guess, Netflix and other streaming services tend to wait a full year in between season premieres, which suggests that The Path Season 2 will arrive in late March of 2017.

That's a long time to wait for such an engrossing show, and though news on the upcoming episodes are expectedly pretty thin, it's been officially reported that Paul James' charismatic Sean Egan will return as a full-time cast member, which is pretty exciting just on its own. Hugh Dancy, Aaron Paul, and Michelle Monaghan are all presumed to return, and it sounds like True Detective's Monaghan especially is thrilled at the prospect of getting to deliver a seriously dramatic second season, according to an interview she did with Collider. "I think that it left us, as actors, even more passionate about wanting to come back," she told the outlet, "because it did develop into so many different ideas and questions about who these people are."

I know I can't exactly tell you to do with the 10-month waiting period that stretches out before The Path Season 2 arrives, but I can give you a nice set of creepy, sexy, and totally twisted television shows to mainline in the meantime. Whether it's the cult intrigue, the unrelenting darkness, the masterful acting, the romantic melodrama, or The Path's trippy flair that draws you in, one of these shows could be your next television obsession.

The Cult: The Leftovers

Dealing with similar questions about religion, faith, and the topic of the miraculous, The Leftovers unfolds during the aftermath of an event that caused two percent of the world's population to disappear into thin air. It's pretty trippy, and deals with cult politics and human darkness in ways quite similar to The Path. The Leftovers' already fantastic Season 1 gives way to an even better Season 2, but word to the wise — The Leftovers gets dark. Real dark.

If you spend any time on the Internet at all, you probably know about this one — unfairly cancelled in what many would consider the golden days of its run, Hannibal is a series based on the horror film The Silence of the Lambs that stars the perfectly-cast Mads Mikkelson as the titular character and The Path's Hugh Dancy as a detective drawn in by the classy cannibal's magnetism. It's gorier than The Path, but its total commitment to dark and intense drama will certainly soothe your jones for the Hulu series.

The Love Triangle: The Affair

Look, in a golden age of television, we're all but spoiled by the surfeit of fantastic performances on the small screen, but Mr. Robot, though lauded largely for its complex and circuitous plot, is also a fantastic showcase for the acting of Rami Malek and Christian Slater. The pair, who carry Season 1 with convincing aplomb, manage to make the show's potentially alienating paranoia feel all too real. The show is so good, it's kind of become a cult on its own.

There's arguably nothing stranger on TV than Black Mirror — a UK import and episodic series made in the style of the sci-fi classic The Twilight Zone. The series found worldwide fame after it arrived on Netflix a few years ago and quickly expanded into a full-blown cultural phenomenon. Its unique vision and often totally unsettling premises make it a great (very unusual) companion piece to the sinister inner-workings of The Path.