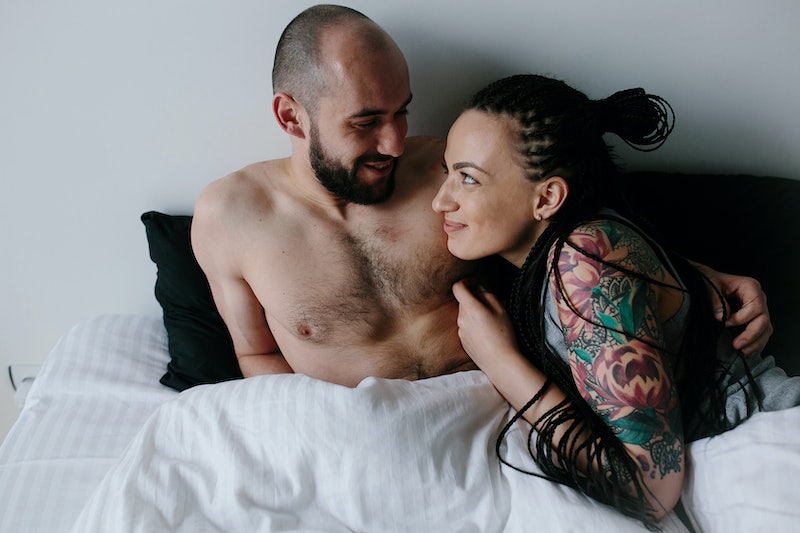 When I first started exploring polyamory, I had so many questions, and I wanted to talk about ALL of my experiences — but I didn't have the right words for a lot of it. How do I describe that feeling I get when one of my partners is in love? What do I call my partner's other girlfriend? Why is everyone joking about unicorns?!

Lucky for me, the polyamorous community has come up with a lot of terms that aren't generally used by mono folk. As a newer community and identity, if not a new practice — and with the help of social media and being able to connect and talk with each other — poly folk are constantly coming up with new words and definitions can differ or shift as well. Having the vocabulary to describe your own relationships and experiences is incredible empowering for many of us, but it can also get in the way of communicating with people who aren't as familiar with it.

Whether you're new to the poly community, curious about ethical non-monogamy, or feel like you need a translator when you're around your poly friends, here are seven terms that you might run into, and their definitions as they are most commonly used in both my local community and the online poly community.

A portmanteau of "polyamory" and "molecule," polycule refers to a connected network of non-monogamous relationships. This could be as small and simple as a vee relationship (aka a relationship involving three people, where one person is at the center of the V and is involved with both partners, while the other two partners who are not involved with each other), or it can be a complex, widespread network of people, all connected in some manner. Component parts of a polycule are sometimes referred to as "molecules."

NRE stands for "new relationship energy." You know that initial stage in a relationship where you smile every time they text you, you stalk their social media pages, and you want to spend every waking moment with them? Yeah, that. It's not actually particularly to poly folk, but I rarely hear it used outside of the poly community. "NRE junkie" is someone who is always chasing that high.

ORE is — as one might expect — "old relationship energy." It's that feeling of comfort, familiarity, and contentedness that settles in to a stable, established relationship once the NRE has worn off.

Dan Savage, author of Savage Love, coined this term to describe a relationship that is mostly monogamous, but allows both partners to occasionally step out under certain circumstances. Basically, the occasionally sexual encounter is OK, in the right situation — but romantic connections aren't usually part of the deal.

That state of having as many significant others (along with jobs, hobbies, friends, etc) as one can handle. Feeling overwhelmed, time-crunched, and like you can't possibly add another lover or partner? That's being polysaturated.

A unicorn is a Hot Bi Babe (HBB) that is willing to date and be exclusive to a couple, usually accepting a role as secondary to their primary relationship. This usually refers to women, and various communities use other mythical creatures — Pegasus, manticore, centaur — for a male version. Basically, a unicorn is more of a sex toy than an actual partner, and the term unicorn was coined because while it's common for couples to want this, finding a bi woman willing to have this kind of relationship is pretty rare. It should be noted, though, that some women in the community embrace and are reclaiming this term.

Unicorn hunters are a couple looking for a unicorn to "complete" their family.

If you're still curious about poly relationships, check out these other poly terms and misconceptions about polyamory.