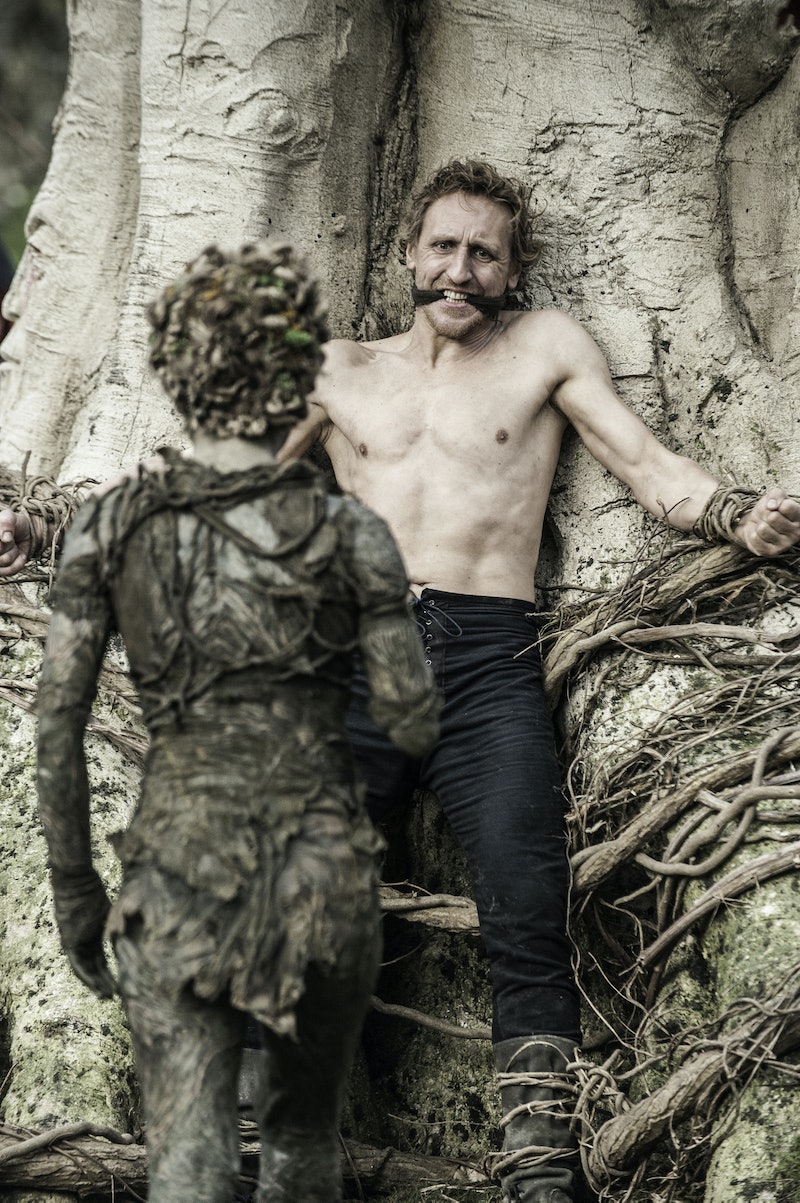 It's a theory suggested by Bustle's own Kelsea Stahler and Martha Sorren, and it actually makes a lot of sense. This poor man was gagged and bound to a tree in nothing but Westerosi skinny jeans, stabbed through the heart by the Children of the Forest, and turned into a White Walker. He totally looks like he could be the ancestor of House Lannister. The character he most resembles, to be honest, is Tywin. Doesn't actor Vladimir Furdik look like he could be a young Charles Dance?

In George R. R. Martin's history of Westeros from the A Song Of Ice And Fire novels, we learn a little bit about the War of the First Men (a race of men in the fictional world) and the Children of the Forest. So the Night's King is likely not one of the Andals, Ironborn, Dothraki, Dornishmen, etc. — which rules out several Houses. House Stark carries the brunt of the legacy from the First Men. So it would make the most sense for a King in the North to be a Stark, but we know from Season 1 that genetics play a big role in Game of Thrones, and this guy just doesn't have the right look. However, the Lannisters do have blood ties to the First Men. So this is a possibility.

What would it mean if this turns out to be the case? Game of Thrones is making it all the more clear that of the Great Houses in Westeros, the Starks and the Targaryens are the most important. While a Baratheon rules the throne in theory, we all know that Tommen is a Lannister, and since Gendry is #stillrowing there aren't really any Baratheons left. The Greyjoys are too busy trying to kill each other. Dorne is a hot mess. The Boltons have got to go.

Where does that leave House Lannister? I honestly think that Jaime, Cersei, and Tyrion have proven their worth, so what is their destiny? They don't have dragons or direwolves. When the White Walkers finally attack Westeros, which we know is coming at some point, everyone is going to have to work together to defeat them. A possible connection between the Night's King and House Lannister may just be a bit of history, but this could also be the key to the Lannister's involvement in the war to come.