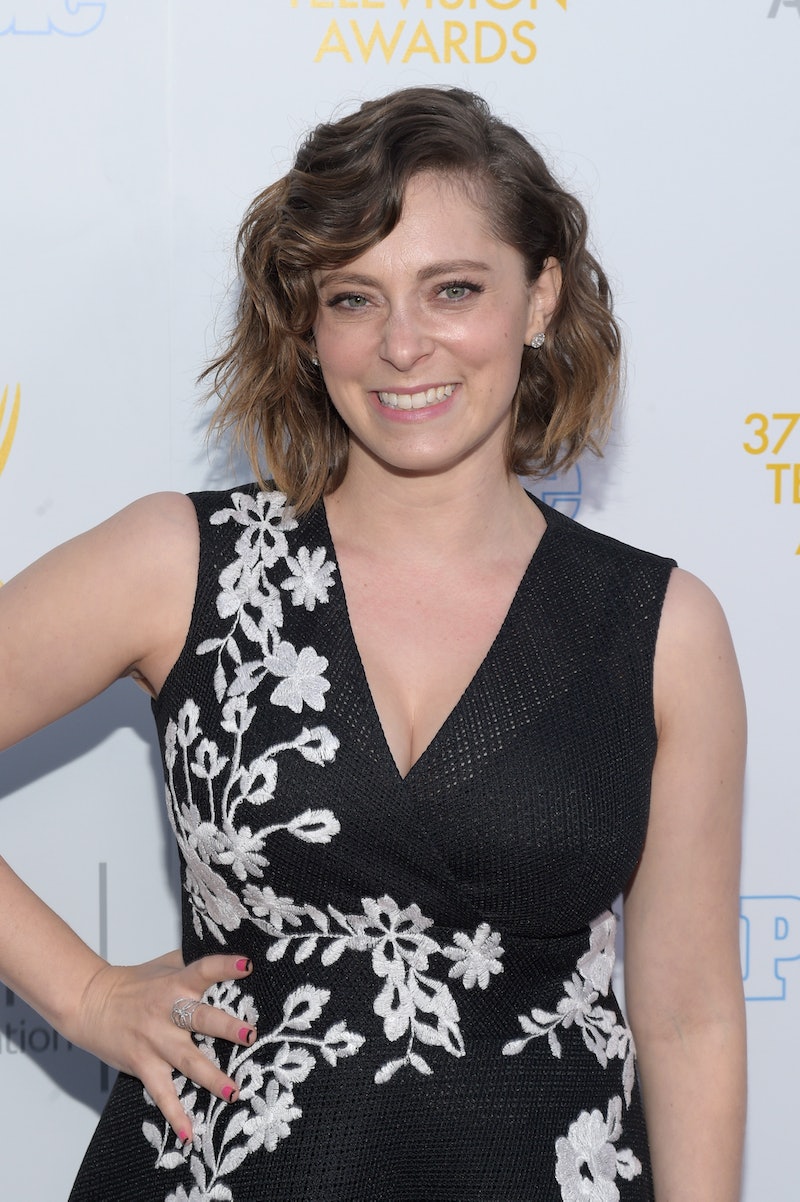 There aren't nearly enough shows lead and created by women on TV and during Rachel Bloom's interview with Chelsea Handler, the Crazy Ex-Girlfriend creator, writer and star (talk about a triple threat!) illustrated the difficult process of getting her show on the air. Although the musical comedy series thankfully found a home on The CW, it wasn't an easy path — in fact, Bloom told Handler that on one particularly bad day it was rejected by eight networks. But, she persevered because she had fallen in love with the show and was deeply invested in it. Her dedication to Crazy Ex-Girlfriend is evident — not only does the 29-year-old produce, co-write, and star in the series, but Bloom pulls off seriously impressive musical numbers in her role as Rebecca Bunch.

In January, Bloom won a Golden Globe for Best Actress In a TV Comedy. It was a well-deserved win, but it's really no surprise that she appeared genuinely shocked when she took the stage to accept the award. As Bloom told Handler, less than a year before the win she was convinced that the show "was dead" and would never be picked up. Although both Handler and Bloom emphasized that rejection is a huge part of show business for everyone, Bloom's perseverance and dedication to Crazy Ex-Girlfriend is inspiring — especially because musical comedies aren't exactly common on TV and it seems like many networks didn't want to take the risk of picking up a somewhat experimental genre.

While she shopped Crazy Ex-Girlfriend to every network possible, Bloom told Handler that writing and music helped her feel empowered — and ultimately she was discovered thanks to her popular online music videos. As an active member of Upright Citizens Brigade, Bloom wrote and performed her own material regularly. Although this experience undoubtedly made her a stronger writer and performer, she told Handler that it served another important purpose — it helped her keep things in perspective when she received rejections:

[It] makes it not matter as much what [the networks] think. It makes the approval of others not matter as much because it's like, "Well they don't like what I'm doing, so I'll put up this one-act musical at UCB" or "I'll do a stand-up show" because I have power over that; I have control. I don't have control over whether or not I get this part in this random movie.

Luckily, Bloom's hard work and dedication paid off and Crazy Ex-Girlfriend was picked up by The CW. But, her words are an important reminder for everyone, regardless of our professions. There will always be times when we deal with rejection and disappointment, but we should never give up on something we believe in. And during the rough patches, we can always find a way to pursue our passions in a manner that makes us feel empowered.