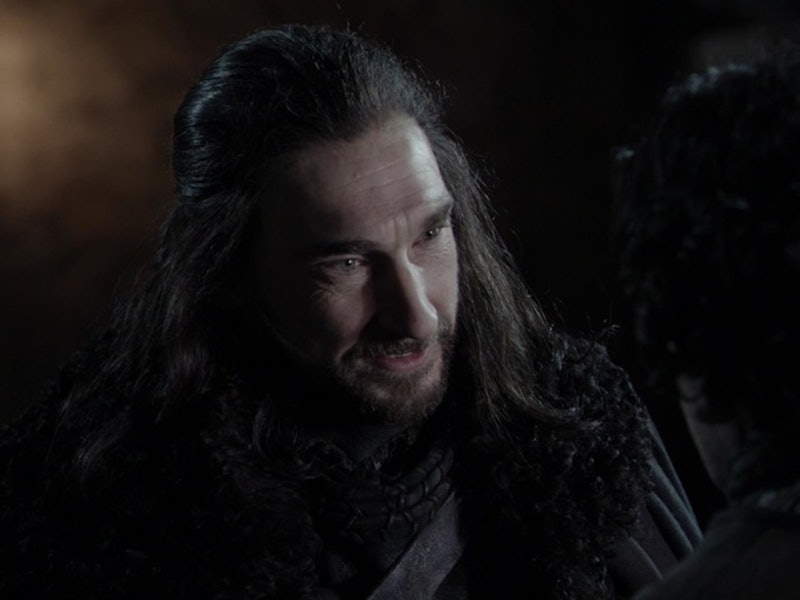 Bran's visions have led to some pretty eye-opening moments on Game of Thrones Season 6. First, there was the introduction to a young Lyanna; then a brief visit to the Tower of Joy; and, of course, the most recent reveal of how Hodor became Hodor. (Hold the door!) But one vision in particular caught my eye during last Sunday's episode: the creation of the first original White Walker on Game of Thrones . Many fans have wondered how these evil creatures first came into being, so imagine our surprise when it turns out that they were created on purpose by the Children of the Forest in order to protect them from humans! (Guess that plan backfired a bit.) And while some people want to believe the original White Walker is Benjen Stark, I can pretty much guarantee that this isn't the case.

For starters, I'm 99.9 percent sure that the original White Walker is actually The Night's King. In fact, EW.com pretty much confirmed it in their latest recap, revealing that the stuntman who plays the Night’s King also played the man who first stabbed by the dragonglass. (It's ironic that the thing that creates them is also the thing that destroys them.) So odds are that if they're both played by one guy, The Night's King and the first White Walker are actually one in the same.

However, that's not the only piece of evidence that can be brought to the table. Let's not forget that the White Walkers (and rumors about the White Walkers) have existed for a long time, way before Benjen Stark was even born. This vision that Bran had wasn't from a few years ago, which was when Benjen first went missing. So unless the White Walkers are able to change their White Walker appearance at will, thus making it possible for Benjen to walk among the Night's Watch undetected for what he really is — there's no way he's the original. Plus, there's the fact that we know what the actor who plays Benjen (Joseph Mawle) looks like and that man whose eyes turned that chilling blue in the vision definitely wasn't the same guy.

That's not to say, though, that The Night's King doesn't still share a big connection with the Stark family because I believe he does. Honestly, there's a distinct possibility that The Night's King could very well be a Stark descendant, given their similar features. It could also explain how he was able to see Bran in his vision, somehow sensing his own blood. But the timeline just doesn't add up to make sense for it to be Benjen himself.

So as cool of an idea as this really would be, I think we can consider this theory to be dead and buried, much like the White Walkers themselves. (You know, except for the whole "buried" part.) But hey, that doesn't still mean that Benjen won't eventually return at some point this season, whether it be in the form of a wight or otherwise. His death beyond the Wall was never confirmed, after all. So for all we know, Jon Snow won't be the only Stark family member coming back from the dead this year.