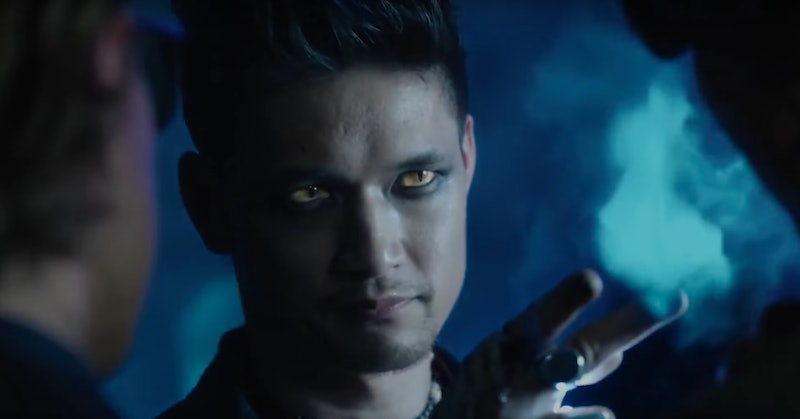 The news just broke this morning that Cassandra Clare is writing an adult trilogy about a fan-favorite character — woop! But while half the Internet explodes, the other half of you are bound to be left staring at your screens in confusion and wondering, "Who is Magnus Bane?" Well, it's a good question — because this character has always been pretty mysterious.

Magnus Bane is a character in several of Cassandra Clare's YA series, most notably The Mortal Instruments. He also had a whole short story collection written about him, called The Bane Chronicles. Oh yeah, and Clare's books have been adapted into the hit TV show Shadowhunters — and Magnus Bane features in that, too. So he's a pretty big deal, in other words.

But who actually is he? He's the High Warlock of Brooklyn, and he's been alive for more than 400 years. His backstory is pretty tragic: he was born in Jakarta to a half-Dutch, half-Indonesian woman, who raised him very lovingly until she realized that he was the son of a demon — and hung herself. As if that wasn't sad enough, Magnus' step-father then tried to drown him, and Magnus had to use his magical powers to save himself.

We also know that at one point Magnus fell in love with a Mundane girl (that's the equivalent of a Muggle), and has never recovered from the heartbreak he felt when she eventually died. Being immortal's not all it's cracked up to be, you know. The warlock has had love back in his life since then, though, including a passionate affair with Shadowhunter Alec. Their relationship is particularly significant: homosexuality was never approved amongst the Shadowhunters until Alec came out, prompting a number of other closeted Shadowhunters to follow suit.

He's certainly had a memorable few centuries, but a lot of Magnus Bane's past is still unknown. That's why this new trilogy is so exciting: at last, we have a chance to delve right into the backstory of this complex character.