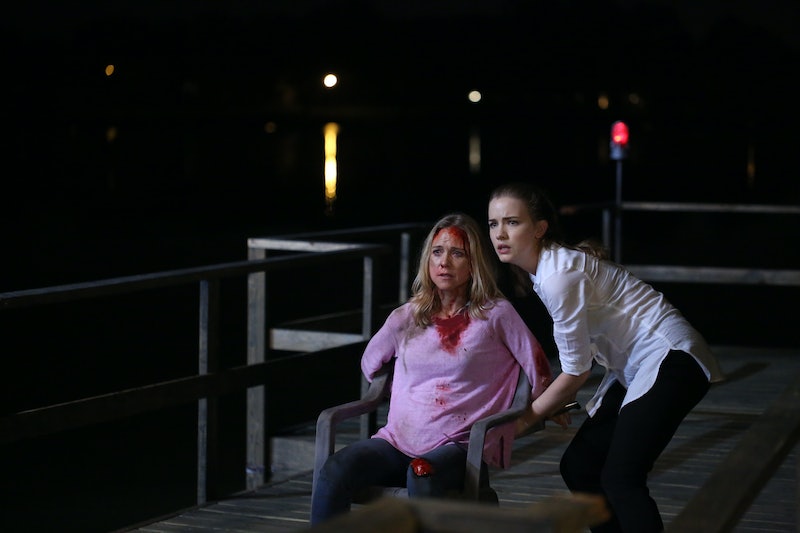 Some time may have passed since the infamous Lakewood murders, but this small town's troubles are still far from over. In a recent interview with Bustle, Willa Fitzgerald dished on a few Scream Season 2 spoilers and revealed that the body count in Lakewood is about to get higher than ever now that a new killer is donning the mask. And while she obviously couldn't share specific details about who will die in Scream 's sophomore season, she warned fans to prepare themselves for some serious blood to be spilled. "I think [the number of deaths] might already be higher and we're not finished shooting yet," the actress reveals, which doesn't exactly bode well for our lovable Lakewood gang, especially considering the fact that this show has more than proven its willingness to kill off its main characters.

"I don't think that anyone is safe," says Fitzgerald, which means anyone is fair game... even Emma herself. But considering Emma is such a central part of the story, the odds are at least more in her favor. The same can't be said, however, for Brooke, Noah, Kieran, and countless others, who could easily end up meeting their maker by season's end. After all, what are the odds that they'll be able to survive not one, but two seasons of a killing-centric show? If there was ever a time to panic, it would be now.

But it's not just the higher death count that sets Season 2 apart from Season 1. Fans can also expect for the killings themselves to be more gruesome than ever before, so you may want to consider testing those eye-covering reflexes before tuning in each Monday night. Because, according to Fitzgerald, this new Big Bad is not messing around.

As you can imagine, this is a terrifying notion, considering last year's killing spree involved Will's head being cut clean in half by an enormous blade. So if these future deaths are even more horrific than that, then we should all start emotionally preparing ourselves accordingly. Consider yourselves warned.