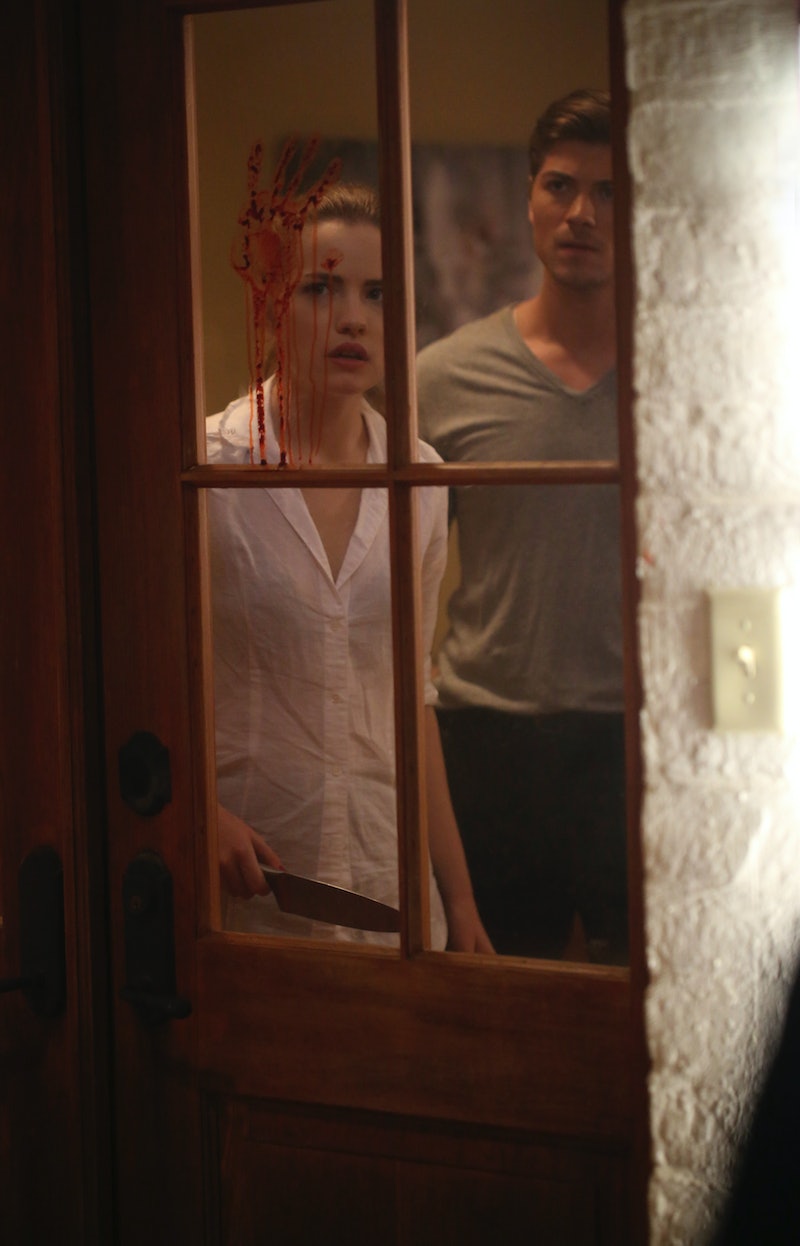 With only hours left to go until the Scream Season 1 finale, the stakes (and body count) are higher than they've ever been before. And given that we've still got an entire hour of slasher goodness ahead of us, it's safe to say that this final showdown is going to be a bloody good time. Not only will fans finally learn who the Scream killer is, but we'll also (hopefully) get a better idea about where the storyline for next season is headed. As I'm sure many of you already know, MTV renewed Scream for a second season, which means we still have quite a bit of murder and mayhem coming our way. The only question that remains is when. When will Scream Season 2 premiere? Unfortunately, as of now, that question is just as ominous as the masked killer itself.

As of now, there's no official word yet for when MTV plans to have its new slasher hit series return, but if they opt to keep it in the summer time slot like Season 1, then odds are it'll return sometime in the end of June or even early July. It's kind of a depressing notion, really. I mean, the first season hasn't even ended yet and I'm already dying for more. But before we all start prematurely spiraling into a state of withdrawal, it's also important to remember that networks decide to change around schedules all the time, so there is always a chance that Scream will get moved up to make an earlier Season 2 debut.

Just look at what FOX did in regards to Empire. Though the breakout drama originally aired in January, it's now gearing up to premiere its second season in September because, let's face it, waiting until January for another dose of Cookie goodness is just way too long of a wait for another to have to endure. Perhaps MTV will develop a similar outlook when it comes to Scream and bump the premiere up to sometime in the spring. (*fingers crossed*)

Of course, there are many different factors to consider aside from just what the network wants. It also depends on whether or not the actors are available to film the episodes during an earlier time frame. Given the impressive following Scream has already acquired, it wouldn't be all that surprising if the cast members themselves use this newfound popularity to work on a few different projects during the show's off-season. So if they have prior commitments, then Scream may be forced to stay put in its summer status. Well, that's assuming any of the characters end up surviving the season.

Either way, it's going to be a while before we see any of these characters return to Lakewood, so let's just try and enjoy the time we have and let the chips (or rather, in this case, blood spatter) fall where it may.