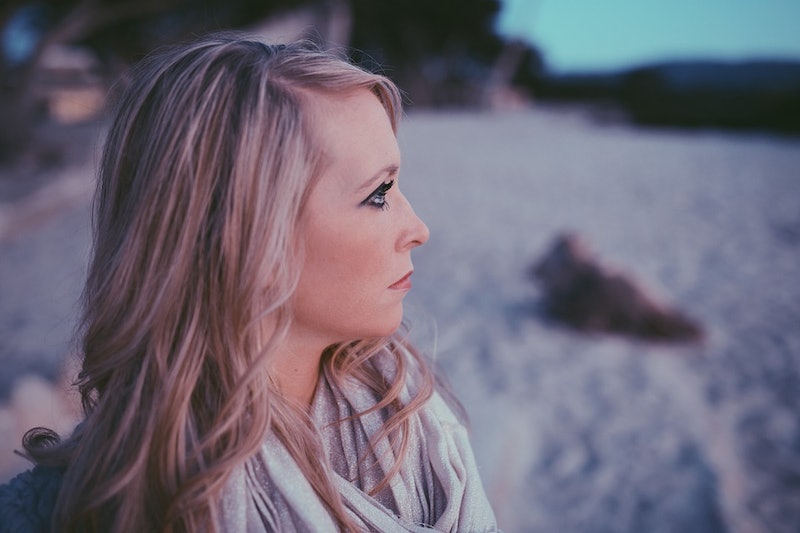 We live in the world of the internet — and while this is overall a good thing, it can often lead us to scary places. There are many health issues young people worry about, but when we look up a minor stomach pain, and then become convinced that we have Hepatitis C, paranoia can often take over the wheel and steer us to quite unfortunate (and usually incorrect) conclusions. Being concerned about health is absolutely great, but sometimes our fear of contracting something deadly can really cloud up our lives.

There are a few specific issues that are getting a lot of notice among the 20s and 30s crowd, and all of these diseases and disorders are definitely worth knowing about. A lot of them are issues that didn't necessarily plague our parents — and even if they did, they didn't get the media attention they do now, based on the fact that many of them are considered "silent" illnesses. In part, that's probably why they can be a little difficult to discuss sometimes.

One thing is for sure — we Millennials sometimes fear the worst, and often fail to get symptoms checked in time, whether it be based on busy schedules, bad insurance plans, or simply the fear that the problem is truly something much bigger. Finding a doctor that you feel comfortable with should definitely be a priority of yours. And if you're worried that you might be susceptible to any of the following, know that being proactive will truly ease your mind, regardless of the diagnosis.

You probably know STIs by their more well-known acronym, STDs. The term STI seems slightly less negative (as "infection" is way less scary than "disease"), but it pretty much encapsulates a lot more of the bad stuff that can happen based on unprotected sex.

Chlamydia is the STI that gets reported the most, even though only 25 percent of women and 50 percent of men show symptoms. But the good news is, it's completely treatable with antibiotics. And while herpes seems scary, it's been reported that one out of six adults has it. So, STIs are a real concern, even though picking one up shouldn't make you feel like it's the end of the world. If you do test positive for an STD, the first thing you want to do after beginning treatment is to inform any partners you may have had. Even if you trust your partner, it's possible that he or she doesn't even know they have something that can spread.

It's often hard to figure out the line between using something casually, and needing something in your life to function. Currently, about 23.5 million Americans suffer from an addiction to either alcohol or drugs. That's the equivalent to one in 10 people over the age of 12, which is pretty scary. Even addictions that you might think are harmless, like an addiction to shopping or an addiction to caffeine, can lead to a lot of heartache and issues in the future. There's no doubt about it that addiction is definitely a disease, and it's way harder to stop destructive patterns than most people think.

If you have issues with anxiety, you might feel like you're alone — but the truth is, more and more people are becoming open about their diagnosis. It can also be hard to admit you're depressed, since it seems like you're kind of stuck in a hole without a light to guide the way, and a lot of people have difficulty admitting they might have a mental illness. But, depression is the leading cause of disability worldwide, and it's definitely something that can get better with treatment. If you're worried about the social stigma behind either of the two, remember that your top priority should be finding happiness and ease in your day-to-day life.

Most headline-worthy health scares are worth panicking about, and the Zika virus has definitely made more than a few headlines. Just recently, the Centers for Disease Control announced that almost 300 pregnant women have tested positive for Zika in the U.S. and U.S. territories. Zika is spread through mosquitoes, and presents a huge danger towards women who are pregnant, or are thinking of becoming pregnant as it can cause a disorder called microcephaly, or even miscarriage. For those looking to start a family, it's insanely scary to think about, especially for people who have traveled, or are thinking of traveling, to destinations where the Zika risk is high. The best things to do? Know the risks and signs, travel with caution, and always use a mosquito repellent. As of now, there isn't a vaccine available.

Getting a bad night of sleep stinks. Getting many, many nights of bad sleep — or not even sleeping at all — is even more troubling. Stress, anxiety, medication, or simply a lifestyle change can all lead to insomnia, and when you're overly tired, you put your body at risk for many other health issues, like heart and kidney disease. Insomnia can strike anyone, and it's definitely something to be on the lookout for, especially if you commute a distance, or have kids.

Cancer comes in all shapes and sizes, and can be brought out by many aspects. Obviously radiation from the sun (or a tanning bed) is the leading cause of skin cancer, and exposure to smoke makes one more at risk for lung cancer, but other cancers start to spread for seemingly no reason. In fact, a study from Johns Hopkins University found that most cases are linked to genetic gene mutations, which you can't really prepare for. People of all ages should definitely read up on the signs and symptoms, as it's something that can strike anyone unexpectedly. The best way to prepare is by eating a healthy diet, exercising regularly, covering yourself in SPF often, and of course, avoiding cigarettes.

Even if you don't want kids, it can be a really upsetting situation when you learn that you can't. A lot of women don't realize they're infertile until they're trying to get pregnant, and after months and months of trying to conceive, it's not the health news they want to hear. According to the American Society For Reproductive Medicine, about 11 percent of women in their reproductive age are incapable of bearing a child. While there are definitely other options, like surrogacy, IVF, and adoption, the initial news can still often be devastating.

Health concerns, no matter how old you are, can be scary, but hopefully you'll realize that many of these problems do have either solutions, or deterrents. The more you know about these health issues, the better you'll be able to combat them.

More like this
I Was All For Medicating Mental Health Issues – Just Not For Me
By Anonymous, as told to Dana Smith
How To Help Your Parents Talk About Mental Health
By Gina Tomaine
What Millennials Can Learn from Gen Z About Mental Health
By Lexi Pandell
6 Abortion Advocates To Follow On TikTok
By Sara Youngblood Gregory
Get Even More From Bustle — Sign Up For The Newsletter