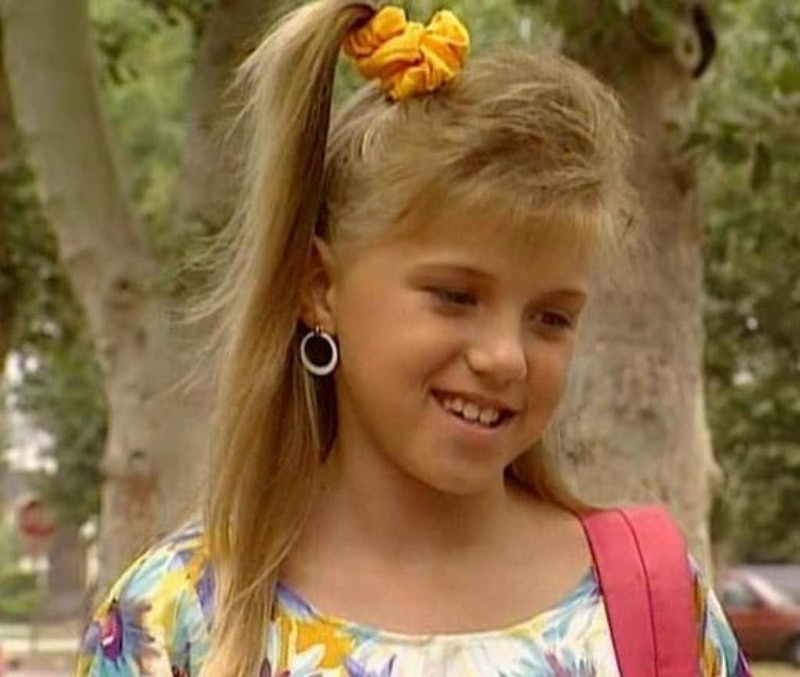 Although I’m an ‘80s baby, my memories of the decade are a little scattered. A lot of this has to do with the fact that I was born right in the middle of it; since kids don’t typically start being able to remember things properly until they’re about three, that means I only have about two years’ worth of ‘80 memories stored away. But you know what I have in spades? An intense working knowledge of baby names from 1985. After all, I spent the first 22 years of my life surrounded almost exclusively by people who were born in the same year I was, and boy, did 1985 have its favorites for names.

The Social Security Administration’s baby name data really is an invaluable resource for anyone who’s either trying to name someone (be it an actual baby, a fictional character, a pet, or something else), or who’s just interested in name trends in general. I fall into the latter category; I mean, I used to (and still do, on occasion) look up the meanings of various baby names for fun, sooooo… yeah. In any event, though, the SSA’s data is wonderfully accessible, providing not only a look at the most popular names of each decade, but also at the most popular names for each individual year for well over a century.

These 14 names? Definitely 1985 names. Now go have yourselves a throwback-y day.

The number seven most popular name for baby girls in 1985, “Nicole” was also incredibly popular throughout the decade at large — it comes in number eight for the entirety of the ‘80s, with 210,456 Nicoles being brought into the world then. From both French and Greek, it means “victory of the people.”

There were so many Christophers in my class each year during elementary school that we all got in the habit of calling them by their last names — it was the easiest way to differentiate them from each other. True story. Small wonder, given that it was the second most popular boy’s name both in 1985 and for all of the 1980s. St. Christopher is the patron saint of travelers; it’s a great name for would-be wanderers.

From the Latin for “worthy of being loved,” “Amanda” was at its height in 1985 — it clocks in fourth for popularity. It also ranks third for the entire decade, with 369,698 sets of parents naming their offspring “Amanda.”

Everyone I’ve ever known named "Timothy" just went by "Tim" (Timothy Dalton doesn’t count, since I don’t personally know him; also, maybe he goes by Tim when he's not working? It's possible). This phenomenon has made me curious about whether any of the world’s Timothys actually ask people to refer to them only by their full name. Anyone care to enlighten me? I mean, it was the 26th most popular name in ’85; furthermore, 172,811 Timothys were born throughout the course of the ‘80s. Surely someone can tell me, right? For the curious, the name means “honoring God.”

An interesting commonality for many ‘80s names: Where they ranked in terms of popularity for 1985 often corresponds with their overall popularity between 1980 and 1989. “Aaron,” for example, ranked 33 in 1985 and 32 during the 1980s more generally. Biblical in origin, it can mean a lot of things; common translations include “forest,” “strength,” “high mountain,” “lofty,” and “inspired.”

Although gemstone names are kind of making a comeback (hi there, Ruby Rose), “Crystal” isn’t commonly encountered that much anymore. In the ‘80s, though, 140,998 Crystals came into the world; it was the 20th most popular name of the decade and 21st most popular in ’85. (I don’t think you really need me to tell you what it means, do you?)

Pssst! For more nostalgia, along with talk about all things internet, check out our podcast, The Chat Room.

It might have a somewhat bizarre meaning — “person who makes tiles,” not unlike the way “Taylor” means “person who tailors clothing” — but “Tyler” sure was popular in 1985; just squeaking into the top 50, it clocks in at 43 for popularity.

And just behind it, we have…

“Scott,” at 44. More than 100,000 Scotts were born during the ‘80s; the name means — unsurprisingly — “person from Scotland.” It also probably makes most ‘90s kids think of Scott Wolf, even though he was born in 1968. But hey, at least we also have Doc Brown's favorite exclamation, too, right?

Things I did not know until just now include the fact that “Erica” means “eternal ruler,” making it possibly one of the most badass baby names I’ve ever heard. It ranks 34 in popularity for 1985 and 36 for the decade as a whole; 93,145 Ericas were born during the ‘80s.

The Beatles song “Michelle” apparently inspired a lot of parents in the ‘70s and ‘80s to bestow the name upon their daughters; it was the 22nd most popular name in 1985 and 12th for the ‘80s overall. A French feminine variant of “Michael,” it means “who is like God.”

Although “Evan” only ranked for boys in 1985 (number 91), it’s a terrific gender neutral pick; it means “young warrior.” I am jealous of all the ‘80s kids out there running around with a name that means that.

There’s a reason Stephanie Tanner was named Stephanie Tanner, and I’m willing to be a lot of it had to do with the popularity of the name during the ‘80s. (Full House aired its first episode in 1987, well after the craze had taken hold.) The sixth most popular name both in 1985 and throughout the ‘80s, it means “crowned in victory.” Parents sure were fond of triumphant-sounding names back then, weren’t they?