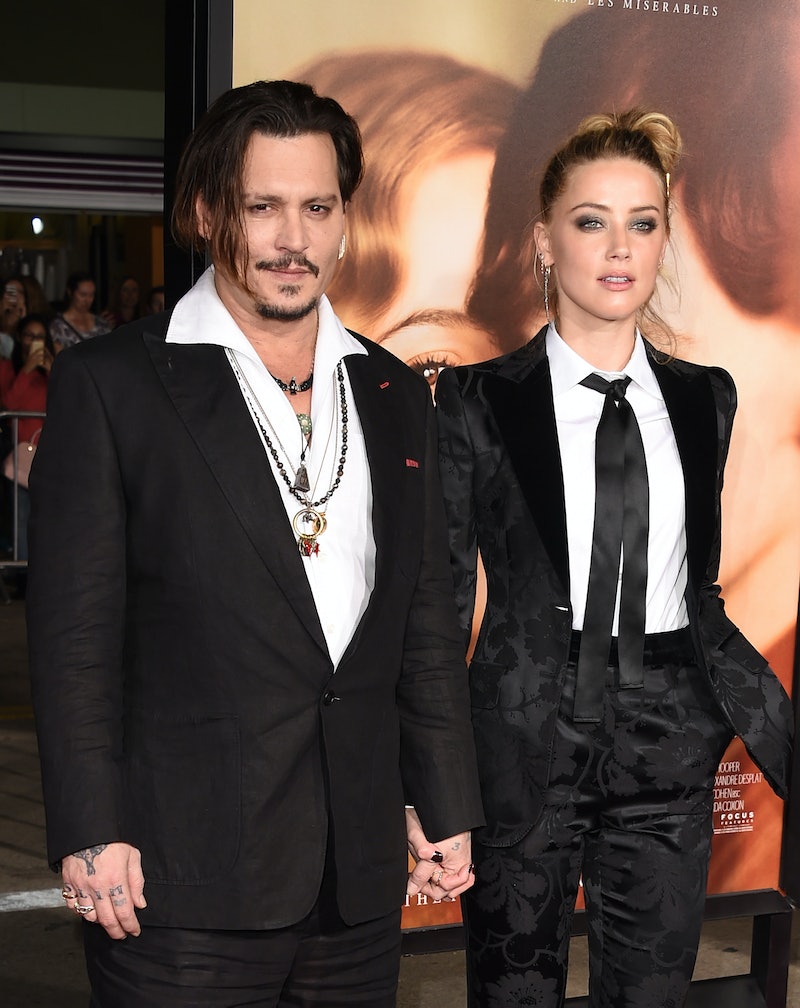 Earlier this week, the sad news broke that after 15 months of marriage, Amber Heard has filed for divorce from Johnny Depp. On Thursday, the Pirates of the Caribbean star released a statement about the split, and said statement is not all conscious uncoupling and rainbows. Here is what Johnny Depp’s rep said about the divorce (via E! News):

Look, if someone doesn’t want to respond to speculation or share what is going on in their personal life, that’s their prerogative. Celebrity or not, we shouldn't expect a person to say, “I’ve put all of the bummer details surrounding my divorce on the table, so grab a fork and feast away!” If Depp doesn't want address whatever stories might be out in the ether, so be it.

However, I'd be lying if I said that last sentence of the statement wasn't chilling: Hopefully the dissolution of this short marriage will be resolved quickly. Eesh. Sure, the desire to wrap up the divorce process as fast as possible is beyond understandable, but that whole sentence strikes me as a tad dismissive of the relationship, which, zoinks. Every time I read it, I'm almost certain my blood runs cold for a split second.