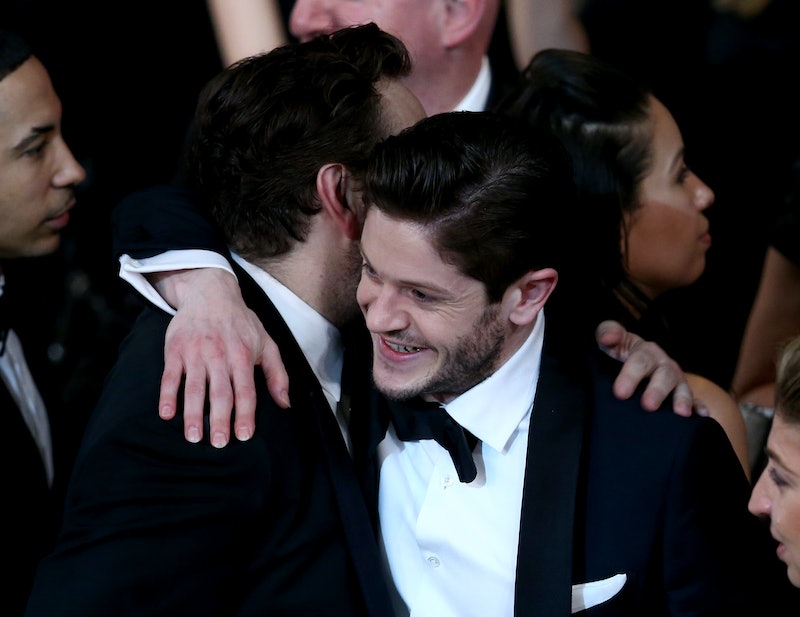 Red Nose Day, now in its second year on American shores, is all about being as silly as possible for a good cause. Who says that only "approachable" comedians get to join in the fun? Even Ramsay Bolton on Game of Thrones has a softer side. During Thursday's broadcast, Danny Trejo, Steve Buscemi, and Iwan Rheon made a Red Nose Day video pleading with fans to look beyond their creepy or threatening stage performers and see them for who they are — friendly people who want to help the kids as much as you!

The video also featured a cameo from their antithesis: the seemingly always effervescent Ellie Kemper. The message was clear: nobody wants the mean faces of film and TV to appear on Red Nose Day. Even when Trejo tried his best to help out, Rheon put on an apron and showed off his gardening skills, and Buscemi rode a non-threatening carousel, they were rejected. That's unfortunate.

It's a little bit ironic, because I'm pretty sure that even if you aren't familiar with Iwan Rheon from Misfits or his other work, anyone who watched Red Nose Day last year remembers him from the Game of Thrones musical. He was invited back to participate in Red Nose Day — but I'll allow it, if only because he's got a great singing voice.

It's totally unfair of us to stereotype performers based on the characters they play, right? They're just actors.

This wasn't a direct parody of any show in particular, and I liked that. It's an original idea. Whenever we say that people are too scary-looking to be kind or too good-looking to be funny or intelligent, that bugs me. This Red Nose Day video was made for laughs, of course, but there's a bit of a valuable message hidden in there as well.