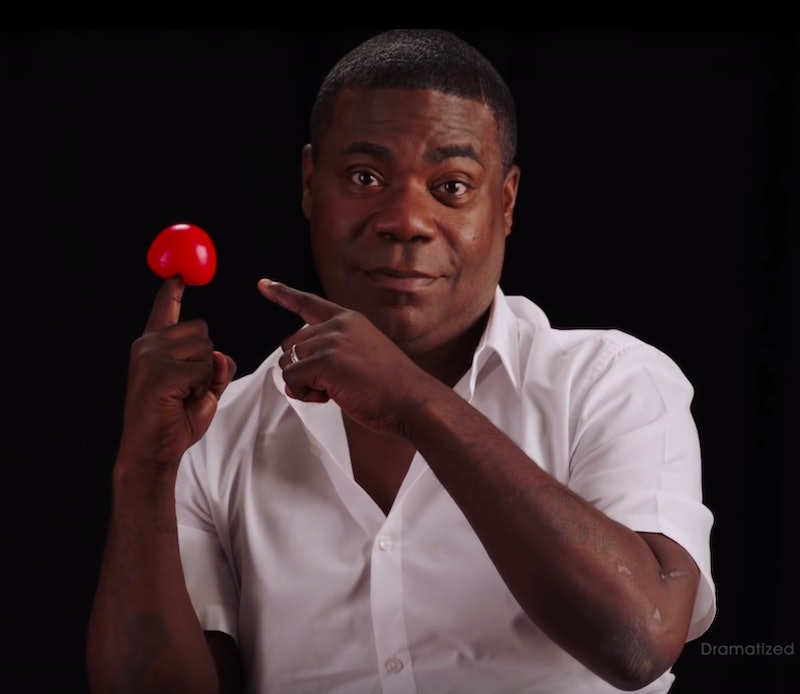 Wondering why you keep seeing clown noses all over your social media and TV? It’s Red Nose Day! And if you’re asking “Er… What is Red Nose Day?” here’s the sitch: Red Nose Day is a charity campaign dedicated to raising money to help kids in need here in the United States and abroad. There are a number of ways to get involved, from buying a red nose at your local Walgreens to starting your own “FUN-raiser.” It all culminates in a live TV special on Thursday night, hosted by Craig Ferguson and featuring the likes of Jack Black, Paul Rudd, Anna Kendrick, Ellen DeGeneres, Key and Peele, Sarah Silverman, and dozens of other celebrities (Seriously, DOZENS. There are a lot of famous people involved in this thing).

This year marks the second Red Nose Day in the United States. If you’re a fan of British TV, you may already be familiar with the event, which has been a hugely popular charity telethon in the UK since 1985. Red Nose Day is organized by Comic Relief, a charity organization founded by Richard Curtis (the writer/director behind movies like Love Actually and Four Weddings and a Funeral). In the last 25 years, Red Nose Day has raised over $1 billion globally to help people in need all over the world.

Half of the funds raised by this year’s U.S. Red Nose Day will go to help kids in poverty in the United States, and half will go to toward aiding children in poor communities in Africa, Latin America, and Asia. Red Nose Day partners with a variety of charities, including the Boys & Girls Clubs of America, the Children’s Health Fund, Oxfam America, Save the Children, Gavi, the Vaccine Alliance, and many others.

The Red Nose Day website has information about how you can start a “FUN-raiser” of your own, using CrowdRise. At work, at home, or at school, supporters can create fun challenges to raise money, from having coworkers sponsor them in exchange for wearing ridiculous clothing to work, to holding a neighborhood “Fancy Dress 5K,” to hosting a school bake sale. You can also donate directly at the Red Nose Day website.

Be sure to tune into the Red Nose Day TV special, on Thursday at 9/8c on NBC. Last year’s Red Nose Day special brought us the hilarious Game of Thrones musical and Anna Kendrick playing Indiana Jones, so tonight’s offerings are sure to be worth watching, even separate from the whole “Saving Children From Poverty, Hunger, and Disease All Over The World” thing.