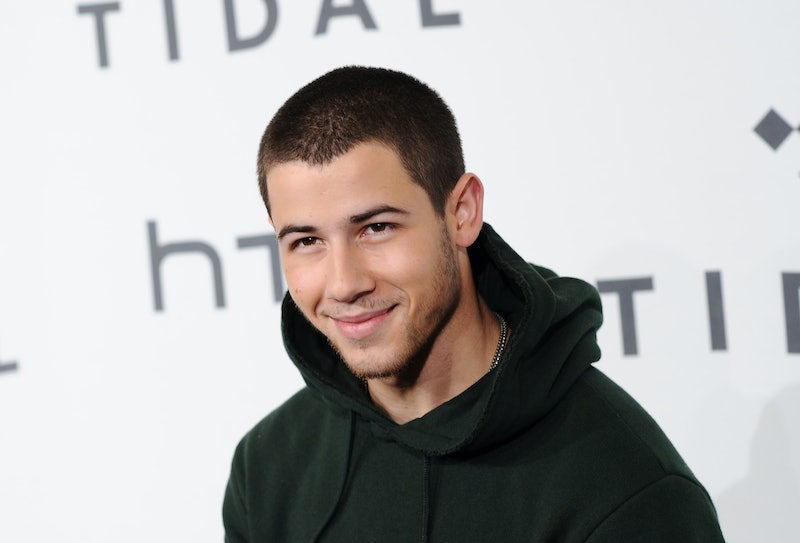 Hiddlestoners, it looks like you need to welcome a certain celebrity into your group. Apparently, Nick Jonas loves Tom Hiddleston and really wants the entire world to know how much he admires The Night Manager star. The "Close" singer took to Twitter Friday and tweeted, ".@twhiddleston great seeing thanks for being cool about me geeking out about night manager you are a legend." I guess the 23-year-old artist idolizes T. Hiddles and his work about as much as every other Hiddlestoner out there, huh? And, yes, I totally agree with Jonas calling Hiddleston a "legend."

On Friday, both Jonas and Hiddleston attended BBC Radio's 500 Words children's writing competition, which encourages children 13 and under to write their own original works as a way to promote literacy and creativity, at Shakespeare's Globe theater. They announced the winners and also read the winning stories at the event. Oh, and Hiddleston even sang a little bit.

I can see why Jonas loves Hiddleston, because who doesn't? Actually, and this may surprise some of you, but the Crimson Peak actor admires Jonas, too. I know, their connection sounds random, but it totally makes sense because they're fans of each other's work.

In April, while attending the 2016 ACM Awards, Hiddleston spoke with Entertainment Tonight. After being asked who he was most excited to see, he said after some thought, "I heard Nick Jonas is going to be here, I think he's really talented."

Yep, way before Jonas was expressing his love for Hiddleston in public, the I Saw the Light actor was letting everyone know how much he respects Jonas' work and talent. Who would have thought?

I can only imagine where the love and admiration for one another will go from here, but I smell some type of collaboration. Maybe a song? Maybe a Hiddleston cameo on Kingdom? Maybe starring in a movie together?

Who knows, but the Jonas and Hiddleston friendship is very well alive and will probably only get stronger from this point on.