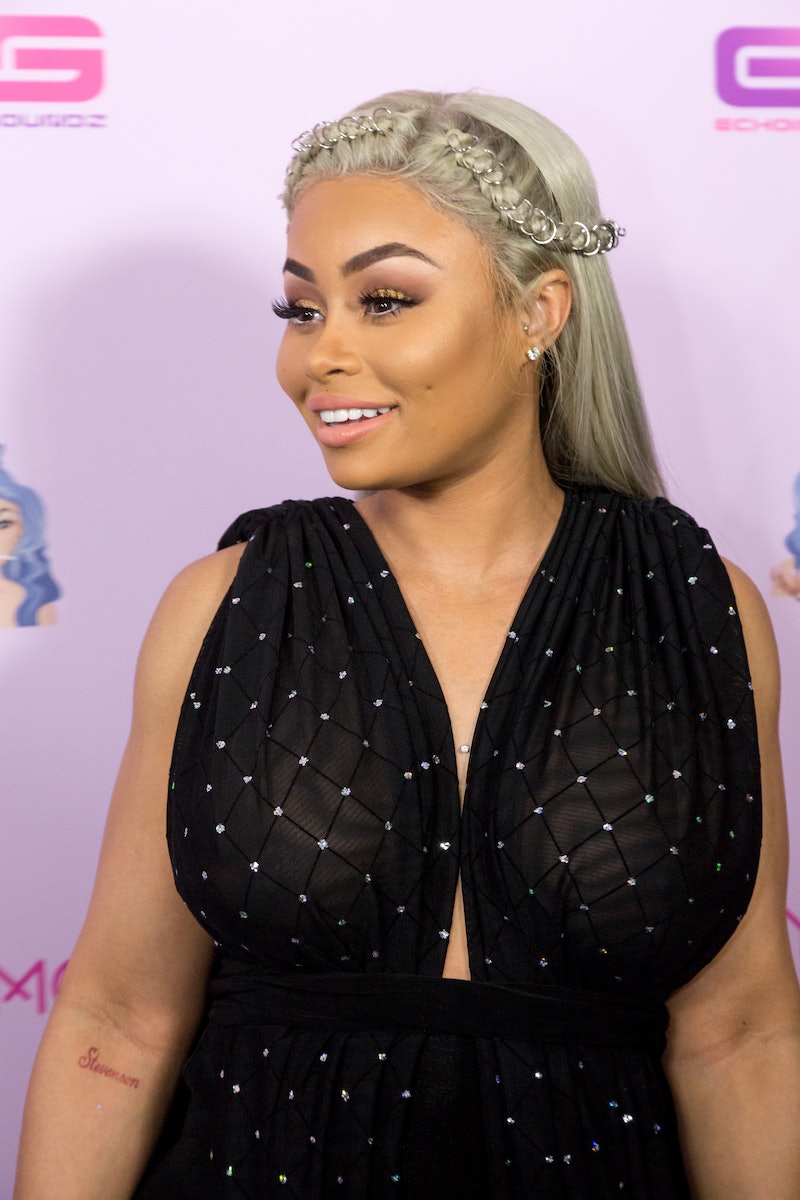 If you don't know, there's about to be a new Kardashian heir on the way: Blac Chyna and Rob Kardashian's baby. And if you are like me, you are super excited for this baby. Personally, I'm jazzed because Blac Chyna is just so dang adorable, but there's also the High Drama of the Blac Chyna/Kardashian-Jenner relationship, which has supposedly dissipated. In honor of Chyna's first personal baby bump selfie, let's review a timeline of Chyna's pregnancy.

On Thursday, the 28-year old lash master shared her first baby bump selfie on Instagram, a true milestone and requisite in any celebrity pregnancy, but adorable nonetheless. It was also a promo for her new workout wear line, because branding is everything.

If it feels like Chyna and Kardashian's baby-to-be saga has been as fast as a flash, that's because it has. Chyna has long known the Kardashian-Jenners, first as friend, then as a foe, now as frenemy/fiancée. But this is not about that saga; it's about the new baby on the way.

Let's start at the very beginning. On April 5, Kardashian and Chyna announced they were engaged with some good old-fashioned content. Chyna posted a photo on her Instagram of herself and Kardashian cheesin' with an enormous ring on her finger and an enormous smile on her face. The two had only started dating publicly in January, so the engagement was kind of a surprise. (But, really is anything surprising anymore from the Kardashian family?)

May 6: The Pregnancy Announcement

Flash-forward to just a few weeks later when Chyna and Kardashian trumped their own engagement announcement with an even bigger announcement: a baby on the way! This reveal was also in an Instagram post with an emoji from Chyna's new emoji set, ChyMoji. The branding. is. flawless.

Chyna is super generous with her fans. On May 23, she posted a photo of her ultrasound, with an emotional caption that will make even the coldest heart grow three sizes.

And that gets us up to speed to May 26, when Chyna posted the cute photo of her baby bump in her watermelon print leggings. For some reason, it's killing me that the caption is simply, "[watermelon emoji] pants," because she damn well knows no one is looking at those pants... except I'm sure she has already sold enough pairs of them to pay my rent for six months.

As for what the new baby-to-be's name will be, the Internet has already started throwing some names into the ring, the shadiest suggestion being "Karma" because of all the drama between Chyna and the Kardashian-Jenners. There's also Robert Kardashian III, which is dramatic in a whole different way. But names be damned — I just want more baby bump selfies.