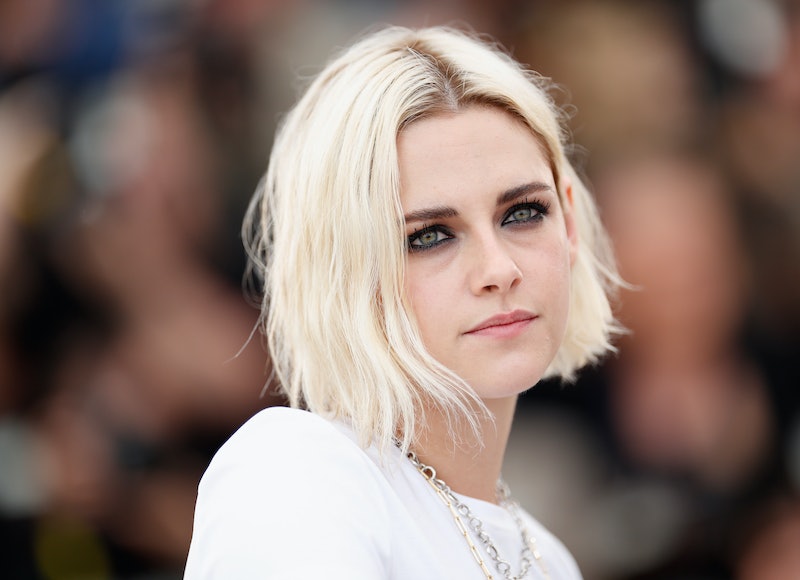 Once upon a time many years ago, Lifetime movies were the be-all and end-all of guilty pleasures. If you admitted you watched them regularly (like I did) you were surely met with a confused or possibly judgmental glance or comment. I totally get why — their plot lines were either totally ridiculous (scorned wife gets revenge on her husband by driving her car into his house) or totally syrupy (teen pregnancy and marriage woes were the norm) and no one really wanted to admit how engrossing and all-around amazing they actually were. In recent years though, it's kinda become cool to admit you dig Lifetime movies. Though most Lifetime movies feature B-list (at best) stars, there are plenty of old Lifetime movies that you'd be surprised have some seriously A-list stars in them.

Hey, who can judge? When actors are starting out, they'll often take unusual projects, like playing a confused teen mom or a gold digging secretary. These stars have gone on to much bigger fare, but it's still fun to reminisce on their early days in Lifetime movies, showing off their acting chops in the best way. Here are 19 celebrities you never realized were in Lifetime movies.

Nowadays she's one of TV's biggest stars thanks to her run on the hugely successful sitcom The Big Bang Theory, but back in 2007, Cuoco took a role as a high school student who dresses up in a fat suit for a documentary and quickly understands how terribly plus-size people are treated in To Be Fat Like Me . Cuoco also starred in 2012's Untouchable: The Drew Peterson Story, proving that even though she's achieved huge success, she's not beneath a little soapy TV movie action.

Before her star-making role as Joan on Mad Men, Hendricks played a teenage daughter whose mom (played by Barbara Hershey) was obsessed with her daughters' thinness in the 2003 Lifetime movie Hunger Point.

Before Efron became a household name thanks to his role in the High School Musical franchise, he appeared in 2004's Miracle Run (The Unexpected Journey) as a twin son of a single mom (played by Mary-Louise Parker) diagnosed with autism. Grab the tissues for this one.

In the same year that Veronica Mars debuted, Bell starred as a 16-year-old attempting to gain custody of her brothers from her drug-addled mother (played by Anne Heche) in the made-for-TV movie Gracie's Choice. Bell played the titular character and the movie received pretty good reviews.

It's hard to believe, but before Paulson was killin' it in her portrayal of Marcia Clark in the first season of American Crime Story, Paulson starred in a super-cheesy Christmas-themed Lifetime flick about a bride-to-be forced to make her groom plan their Christmas wedding due to work constraints.

Right before becoming TV's resident bad girl extraordinaire as Blair Waldorf on Gossip Girl, Meester starred in a campy horror movie called The Haunting of Sorority Row about a college freshman looking to pledge a... yep, you, guessed it, haunted sorority.

Before her breakthrough role as pregnant teenager Juno MacGuff in 2007's Juno, Page starred as the daughter of a gambling addict in 2003's Going for Broke , which serves as a cautionary tale for anyone who goes to Vegas and gets a bit too caught up in the allure of those glitzy slot machines.

Lifetime movies have always tackled hard-hitting issues like teen pregnancy, so it's not surprising that in 1998, Dunst starred as a 15-year-old facing a life-changing moment in, you guessed it, Fifteen and Pregnant.

In one of her very first on-screen appearances, Rudolph had a small role as a student traumatized by her devilish professor revealing her secret affair in 1997's The Devil's Child.

Ruffalo is an A-list actor by most standards these days, but he once played a mall security guard who catches a pick-pocketing woman and manages to fall in love with her in On the Second Day of Christmas. Hey, it was 1997.

Before becoming the star of the Twilight juggernaut, Stewart played a high school freshman who was raped by a senior (played by Eric Lively) in 2004's ultra dramatic Speak. These days, Stewart is starring alongside Lively's sister Blake (maybe you've heard of her?) in Woody Allen's Café Society , but she too had humble Lifetime beginnings.

Though she's everyone's favorite fierce firecracker Cookie Lyon on Empire these days, it was merely five years ago when Henson made the Lifetime rounds in Taken from Me: The Tiffany Rubin Story, playing a mother who travels to South Korea to find her kidnapped son. Gripping stuff, indeed.

Now she's an Oscar winner, but back in 1991, when Witherspoon was only 15 years old, she starred as a young girl who befriends a deaf teen (played by fellow Oscar winner Patricia Arquette) in the Lifetime movie Wildflower. Fun fact: This movie is Diane Keaton's directorial debut. So much Oscar power in one made-for-TV movie!

Swank is somewhat of a Lifetime vet, having starred in several movies for the network in her early career in the '90s, but her Lifetime debut came in the 1994 true story Cries Unheard: The Donna Yaklich Story about an abusive husband and his relationship with his second wife and teenage daughter, played by the Oscar winner.

Dobrev has starred in multiple Lifetime movies, but her first came in 2006's Playing House in flashback scenes as the young lead who finds herself pregnant and in a long distance relationship.

In a likely effort to shed their "goody goody" image thanks to their respective roles on Full House and The Wonder Years, these child stars played teenagers in a very abusive relationship in 1996's No One Would Tell. That same year, Cameron Bure also starred as the victim of date rape alongside fellow teen star Mark-Paul Gosselaar in Lifetime's She Cried No .

Just before landing her breakout role in Pretty Little Liars, Benson starred as a Texas cheerleader hell bent on causing trouble in Fab Five: The Texas Cheerleader Scandal alongside Dewan Tatum, who played the squad leader. Both ladies have starred in Lifetime movies and shows since, proving that no one is immune to the allure of a good Lifetime movie.

I think these movies would make for a pretty awesome Lifetime movie marathon for even those with the most discerning tastes. Whether you're in the mood for a true story or teen pregnancy woes, there's something for everyone.